Cashews sold at Aldi in Wisconsin may have glass in them 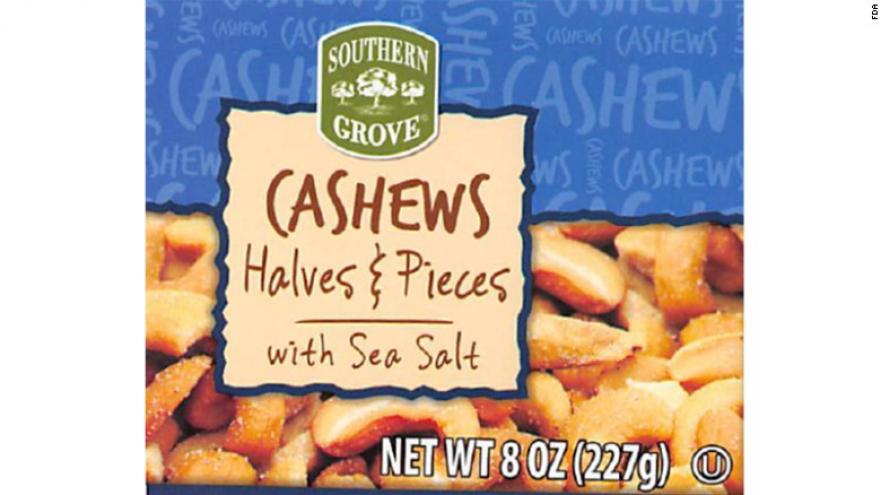 (CNN) Southern Grove Cashews Halves and Pieces with Sea Salt are being recalled due to reports of glass pieces found in the product, the Food and Drug Administration announced Tuesday.

Distributor Star Snacks Co. received reports from consumers who discovered glass in their canisters, according to the announcement.

No injuries have been reported, the announcement said, and the affected products have been removed from store shelves. No other Star Snacks Co. products are affected by the recall.

People who purchased the product should not consume it, the announcement said, and they may return it to Aldi for a refund, or dispose of it.