NEXT:
See Also Milwaukee Crime Stoppers partners with MPD, CBS 58 offering cash to catch criminals
MILWAUKEE (CBS 58) -- The Milwaukee Police Department on Tuesday, Oct. 15 launched a partnership with Crime Stoppers and CBS 58 to fight crime in the city. With this program, people can get cash compensation for anonymously calling in criminal activity that helps solve felony crimes.

Milwaukee is now the 47th city in the state to partner with Crime Stoppers. For representatives like Chantia Lewis, being on the board is a personal matter after losing her cousin to a reckless driver.

“This is just another layer of having a community collaboration so that you all can do what you want to do best and that’s keep Milwaukee safe,” says Lewis.

Authorities, especially the Milwaukee Police Department, sometimes depend on information from the community when it comes to criminal activity.

“We’re trying to stop crime from happening by letting would be criminals know that they can be turned in anonymously,” says board president Michael Hupy. “So, people know they don’t have to be afraid to come forward.”

Now, people can get paid up to $1,000 for information that leads to an arrest.

Crime Stoppers was created so authorities could get information from the public without the fear of retaliation.

“Your phone number is scrambled, it is sent to a call center outside of Wisconsin,” explains Captain Craig Sarnow with the Milwaukee Police Department. “What we’re asking for is that the information you provide is as detailed as possible because we cannot call you back, even if we wanted to.”

In 2018, the Milwaukee Police Department contributed $35,000 toward the compensation fund to help launch the initiative. 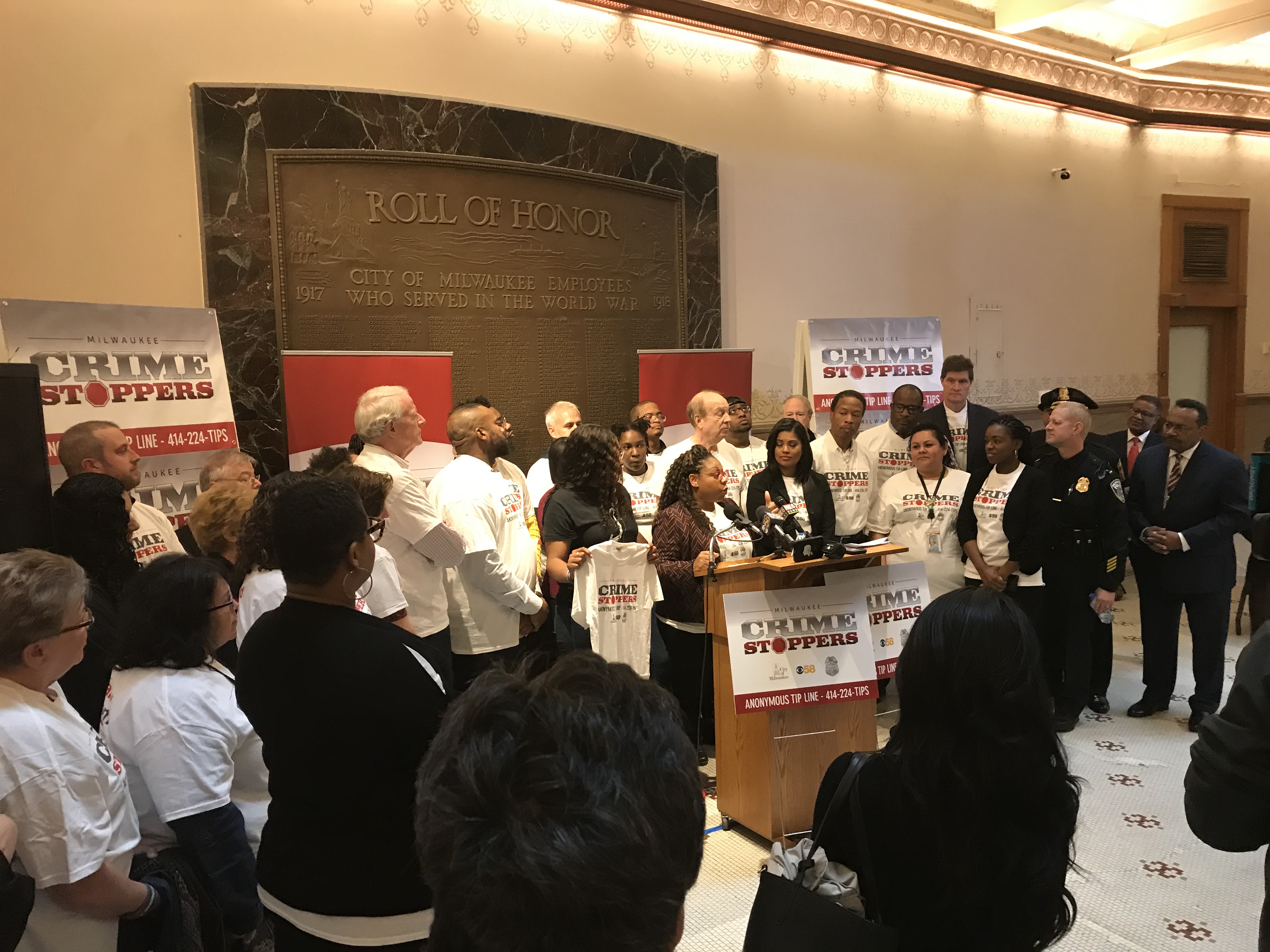 “It’s a code that needs to be broken in these streets,” says Camille Mays board member. “It’s not snitching if these babies are out here dying. We need to speak up, stand up, and we need to do something about it.”

If you have a tip you'd like to anonymously report you can do so by calling (414)224-TIPS.