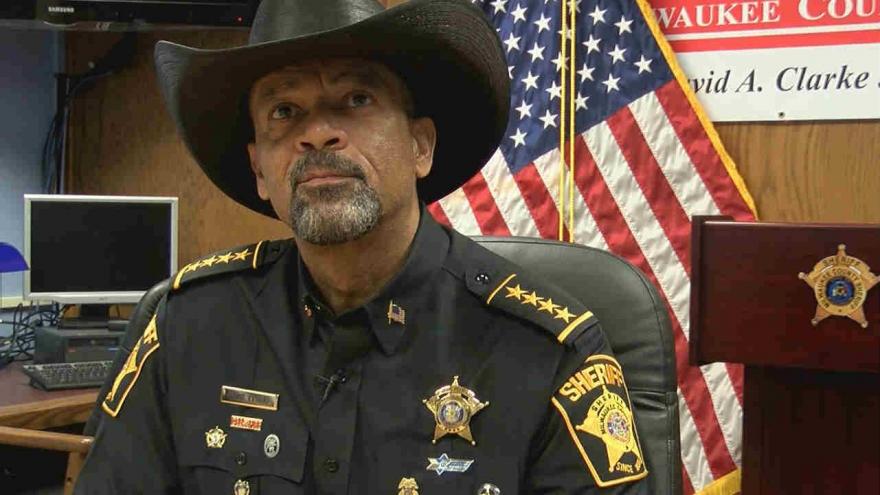 MILWAUKEE (AP) — A federal judge has dismissed most claims against former Milwaukee Sheriff David Clarke that were levied by a man detained at an airport after he shook his head at the sheriff during a flight.

But the judge agreed Friday to allow Daniel Black to pursue his lawsuit's claim that centers on a Facebook post Clarke made calling Black a "snowflake." Black says the post was a retaliatory threat intended to deter free speech.

A trial for the lawsuit's remaining claim is set for Jan. 22.