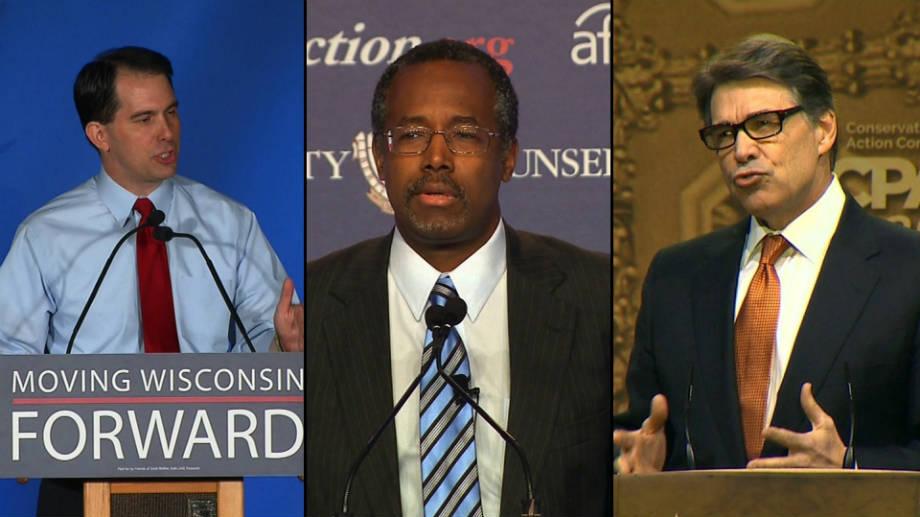 A trio of potential GOP presidential candidates will have key speaking roles at next week's Republican National Committee meeting, providing each of these White House hopefuls a chance to sell their individual visions for the future to this group of influential state political leaders.

Dr. Ben Carson is scheduled to address the RNC meeting in California on Thursday afternoon, while Wisconsin Gov. Scott Walker will deliver dinner remarks that night. On Friday, Texas Gov. Rick Perry will speak at an RNC luncheon.

An RNC official, who provided the information, said many of the potential presidential candidates were offered a chance to address the meeting that takes place in Coronado. In the past year alone, Kentucky Sen. Rand Paul, Indiana Gov. Mike Pence, Florida Sen. Marco Rubio, Wisconsin Rep. Paul Ryan and Walker have all addressed RNC meetings.

In addition to the speeches, RNC Chairman Reince Priebus will be formally elected to another two-year term, and the committee may release additional information about the 2016 primary debate schedule. It is just one of several orders of business the RNC is trying to finalize now before the race for the GOP presidential nomination is fully underway.

On Thursday, RNC General Counsel John Ryder told the Iowa Republican Party that its \"straw poll\" is in compliance with party rules, yet cautioned state GOP leaders not to overemphasize the importance of the event.

\"If the Republican Party of Iowa decides to conduct a straw poll at its gathering in August, it is recommended that you continue to make clear to candidates, activists and the public that the straw poll is unofficial and unscientific,\" Ryder said of the traditional Iowa GOP fundraiser. \"Such assurances will help make certain that candidates do not feel obligated to compete; that the media, candidates and public do not bestow unwarranted significance on the results.\"

The Iowa Republican Party will decide Saturday about whether or not to hold the straw poll in August 2015.