Carrie Fisher says she had Affair with Harrison Ford 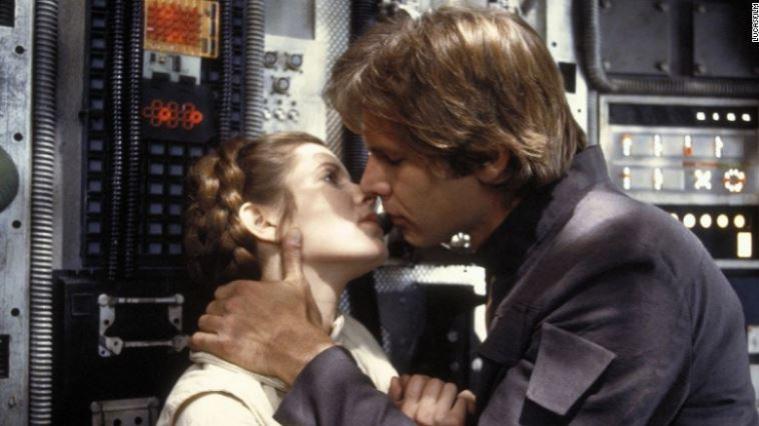 (CNN) According to Carrie Fisher there was a reason she and Harrison Ford had such chemistry in "Star Wars."

Almost 40 years later the actress says she and Ford had an affair on the set of the now iconic 1977 film.

Fisher, 60, has a new book coming out based on her diaries from that time.

"The Princess Diarist" is billed as "Carrie Fisher's intimate, hilarious and revealing recollection of what happened behind the scenes on one of the most famous film sets of all time, the first 'Star Wars' movie."

Fisher was 19 when she landed the breakthrough role of Princess Leia for the 1976 filming. Ford, 33, was married to Mary Marquardt, with whom he had two children.

Fisher writes that she and Ford spent their first night together after a birthday party for director George Lucas.

"I looked over at Harrison. A hero's face -- a few strands of hair fell over his noble, slightly furrowed brow," she wrote. "How could you ask such a shining specimen of a man to be satisfied with the likes of me?"

"I was so inexperienced, but I trusted something about him," she added. "He was kind."

In March, Fisher appeared on the British talk series "The Jonathan Ross Show" and denied she and Ford had been romantic.

She said she thought he looked like a movie star. "It wasn't like you get a crush on that person."

However, Fisher said at the time that her recently found journals had more details.

"I haven't looked all the way through it, but I must say it seemed to be trending in that direction," she said. "But it didn't happen."

Pressed by Ross, she said she was still pouring through the diaries for details.