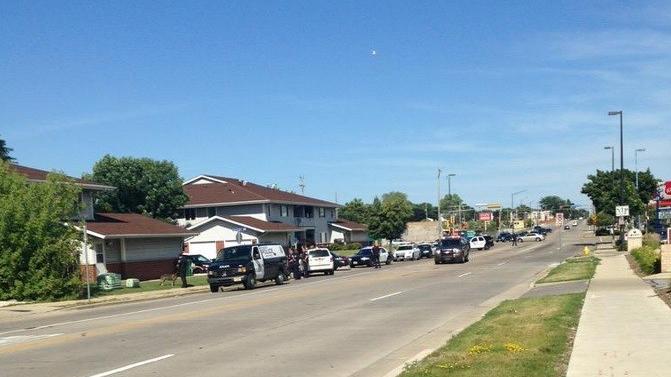 Police received a call of an attempted carjacking Sunday afternoon. A driver was sitting in his car when two people pulled up next to his vehicle, pointed a gun at him and demanded his keys and money. The victim was able to drive off without incident.

Moments later a police officer spotted the suspect's car, a green Jeep Cherokee. The officer tried to stop the vehicle, but the driver kept going and police gave chase.

Police say they do believe the suspects were armed and believe this could possibly be linked to the bump-and-run carjackings in Milwaukee that police were investigating.

The injured suspect has minor injuries and is expected to live.

Milwaukee police is investigating the incident.