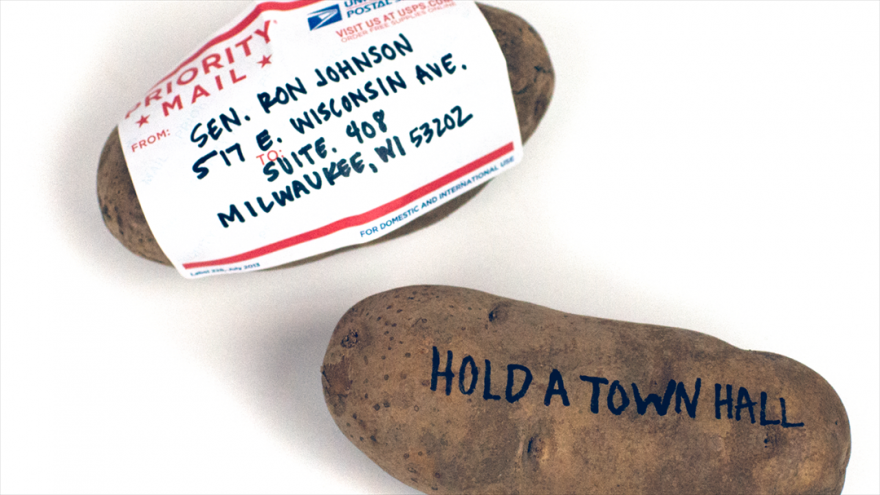 The co-creator of "Cards Against Humanity" is urging people to send potatoes to Senator Ron Johnson demanding that he hold a town hall meeting.

We're sending potatoes to Senator @RonJohnsonWI until he holds a town hall, help us out: https://t.co/OTVieAr097 pic.twitter.com/yvt11PEJqY

The notice is in reaction to report on CBS 58 where we interview a Milwaukee veteran who received a cease and desist letter from the Senator's staff. The man says he called the office up to 80 times a day voicing his concerns.

Senator Johnson sent CBS 58 a statement saying he encourages people to donate the potatoes to a food pantry instead of sending them to him.

The full statement can be read here:

“Senator Johnson has held 73 in-person town halls and 56 telephone town halls, and he will continue to travel our state to speak with Wisconsinites about their concerns. We look forward to partnering with Pastor Jerome Smith, Sr. and other faith leaders to help Milwaukeeans and their families by donating any potatoes we receive to food pantries throughout the city. Instead of spending $5 on a 38 cent potato, I’d encourage people to donate directly to their local food pantry to help those in need in their community.”