Car Thefts on the Rise in Bay View 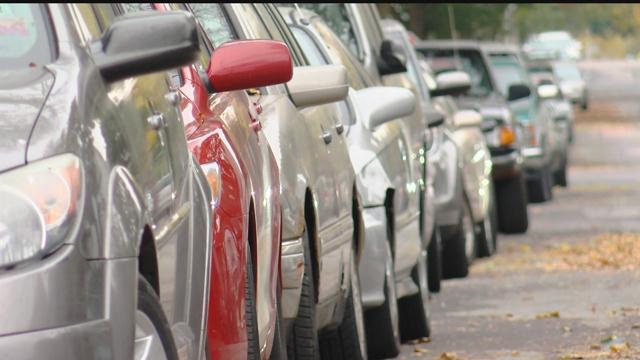 Milwaukee's Bay View neighborhood is known as one of Milwaukee's safest; nestled along the shore of Lake Michigan to the south of Downtown, crime here has stayed mostly flat compared to surrounding neighborhoods.

But in 2016, residents are growing concerned about a staggering increase in car thefts.

So far this year, police say 272 cars have been stolen, compared to just 186 last year.

That 46% increase is significantly higher than the city-wide average of just 4%.

"If you have to look at [one issue], it's car thefts" says Alderman Tony Zielinski, who hosted a Neighborhood Safety Meeting Wednesday night.

Over 100 people attended the meeting, after a pair of violent carjackings last week, including one where a woman was shot while running away.

"It's a huge concern for us," says Neighbor Kristi Quirk. "My kids were like 100 feet away from where it happened, so safety is really paramount right now."

That carjacking was one of three so far in Bay View this year, after zero were reported last year. Milwaukee Police say suspects are now in custody for all three incidents.

"Year to date there's 181 carjackings in the city of Milwaukee, only three were in this neighborhood," says Zielinski.

Police say the majority of the cars being stolen are late 90's and early 2000's Honda's and Toyota's. They say thieves are using shaved down keys to easily gain access to those cars. They're not sure why Bay View has become a hot bed for this activity.

"Crime does ebb and flow, and those ebbs and flows would not make me think that the neighborhood is not safe," says District Captain Diana Rowe.

Police say the majority of the crimes have been committed by young people, under the age of 23.

Rowe recommends installing a steering-wheel lock, or engine kill-switch if you're worried about becoming a victim.

She says Police will continue heavier enforcement in the area in the upcoming months.

Meanwhile, Zielinski says he plans on attending court appearances for those caught committing violent car-thefts in his district.

"If you commit a crime in our neighborhood, we're going to court, and we're going make the judge throw the book at you."