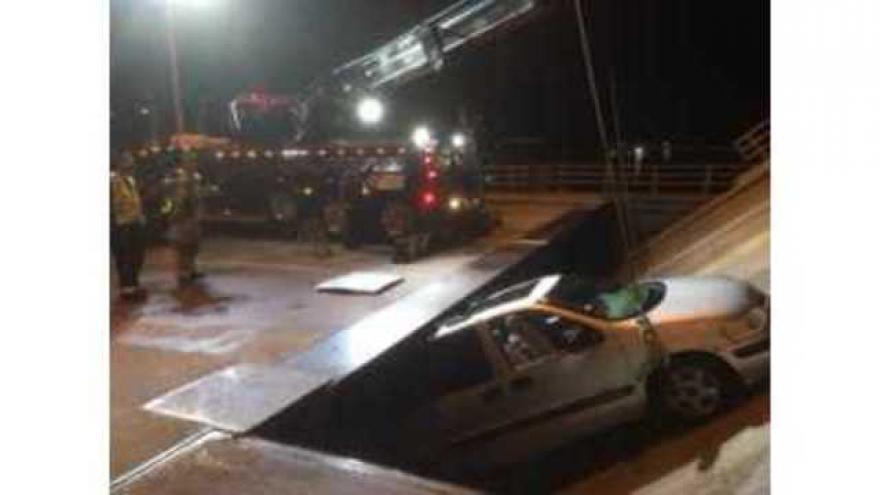 (WFRV) No one was injured early Thursday morning when a vehicle became stuck in the Walnut Street Bridge.

Green Bay Police was called to the scene at approximately 2:47 a.m.

When officers arrived, they discovered a minivan to be wedged between the the East bridge span and the roadway.

Officials say it is unclear how the van was able to get past bridge gates, but determined the cause of the incident to be "inattentive driving."

The safest way to remove the driver from the vehicle was determined to be by cutting a hole in the roof of the minivan.

"The firefighters involved with the rescue of the victim, we actually had them harnessed up and tied up to one of our rigs and then we went inside and cut a hole in the top of the van and that's how we got the victim out," says Lt. Cody Johnson with the Green Bay Metro Fire Department.

Firefighters say this incident serves as a good reminder to always stay alert while driving, and to put all distractions aside.

Officers were most concerned that  the minivan might fall to the bridge bottom, some 40 to 50 feet below.

The driver was able to climb a ladder to safety without incident after the hole was cut.

Crosby's Heavy Duty Wrecker Service was then able to use a tow truck to lift the van without damaging the bridge.