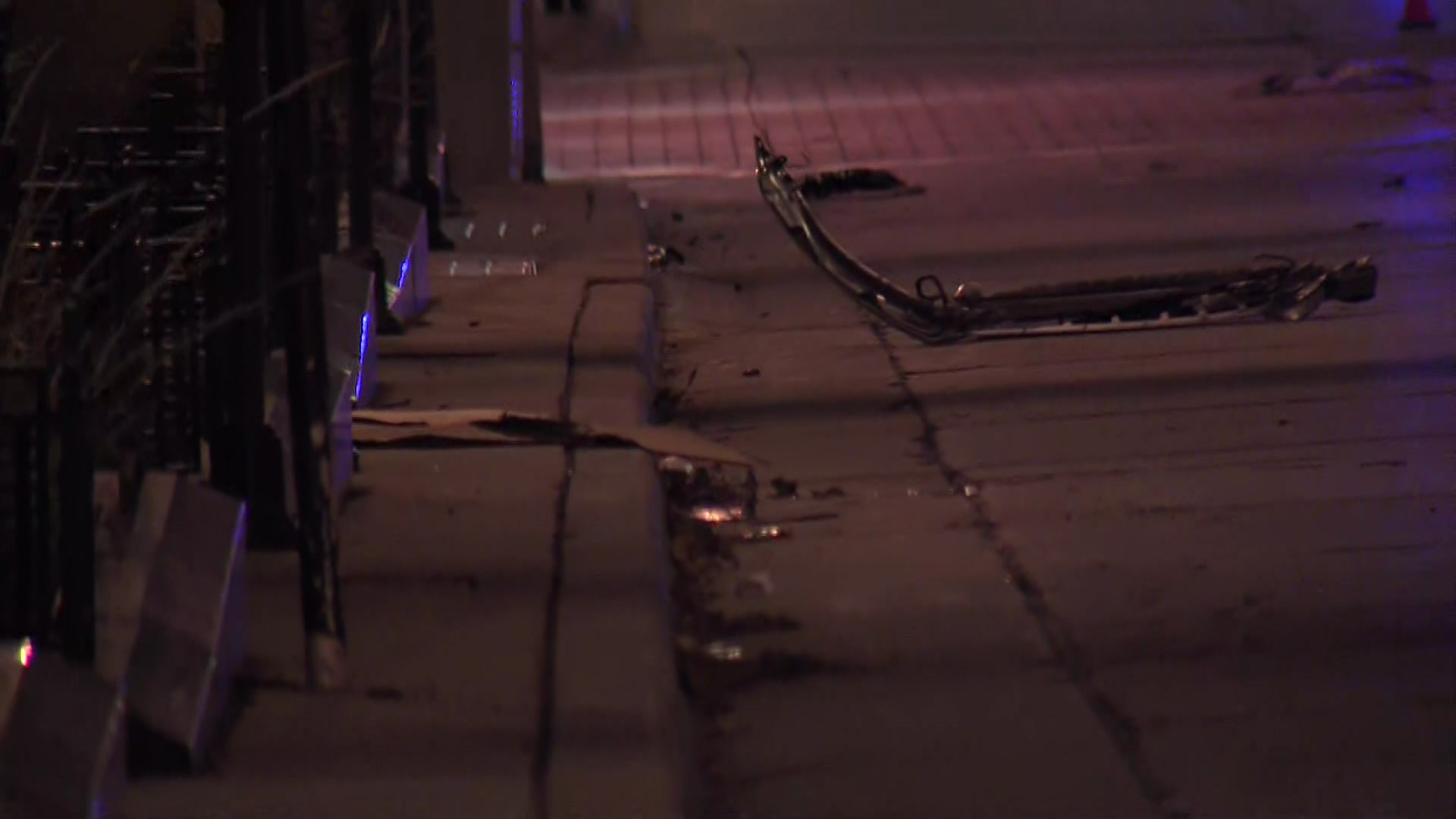 MILWAUKEE (CBS 58) -- After a year of being closed, Stein’s Jeweler’s was supposed to reopen as a pawn shop this week, but not anymore.

“I was in disbelief,” Robert Pack, co-owner of the jewelry store, said. “I’m still in disbelief.”

Police say around 3:20 Tuesday morning two vehicles were racing down West Wisconsin Avenue. They went through a red light and crashed into an unmarked Milwaukee police squad car with two detectives inside on North James Lovell Street. The racing car then lost control and crashed into Stein’s Jewelers.

The car ended up in the vestibule of the store. Pack says the crash completely destroyed all of the windows, sent shattered glass all over the store, and did structural damage. What was supposed to be an exciting week and a new beginning for the business will now be a week of clean-up.

“This place was spotless when yesterday when I left,” Pack said. “We’ve been painting and cleaning. Inventory was coming today. “

After the crash, police say the driver got out of the car, jumped into the other suspect’s car and took off while firing multiple shots at the detectives. One of the shots hit the unmarked squad car. One of the detectives was hurt in the crash and taken to the hospital.

Despite the damage, the jewelry store will re-open when the mess is cleaned up and the damage is fixed. 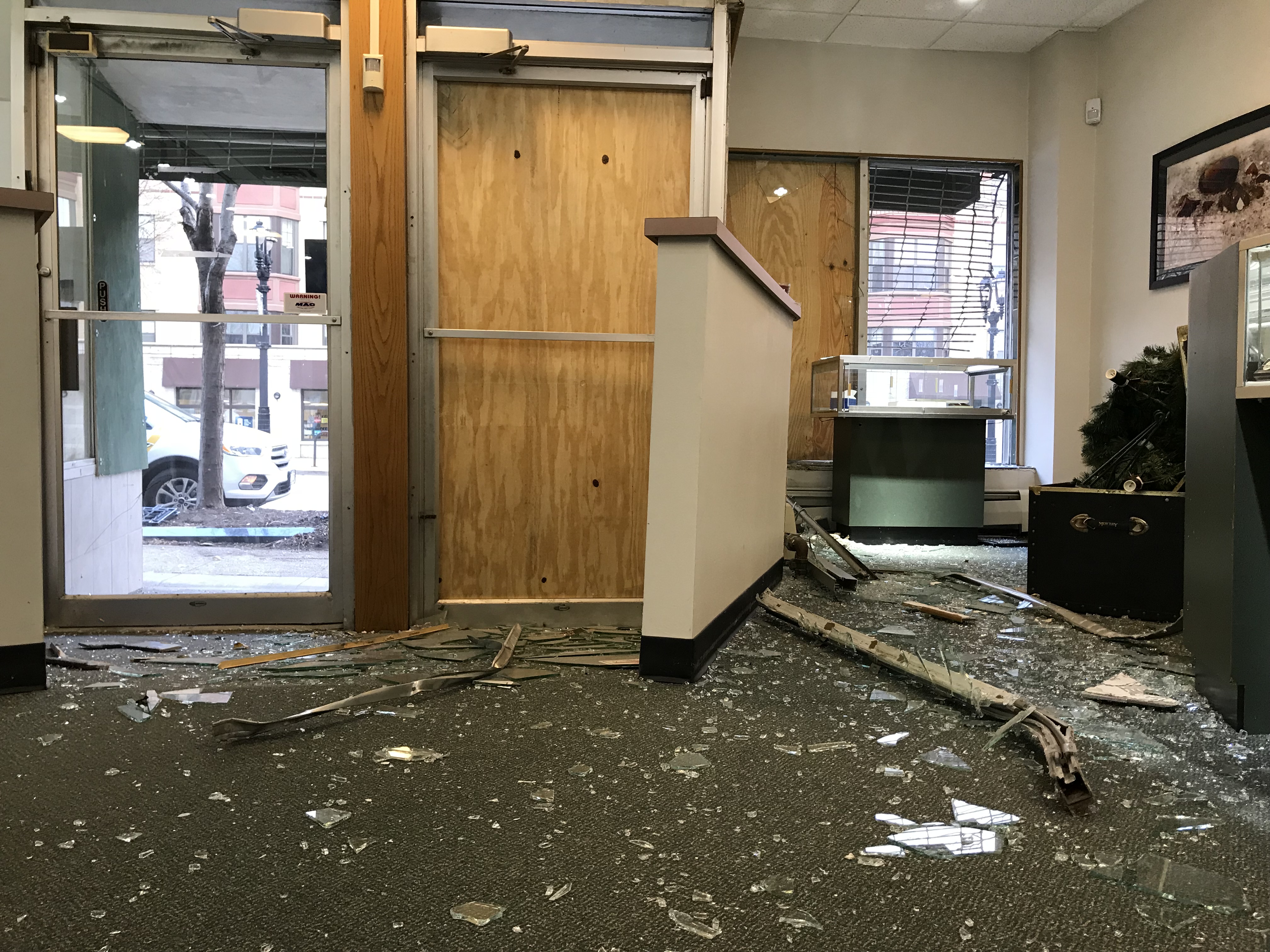 MILWAUKEE (CBS 58) -- Police are looking for those responsible for hitting an unmarked squad car and crashing into a downtown Milwaukee building while drag racing before firing shots at officers Tuesday morning.

According to Milwaukee Police, two vehicles were speeding in both lanes of W. Wisconsin Avenue near N. James Lovell Street. Two Milwaukee Police detectives were in the area in an unmarked squad car when the wrong-way vehicle hit the squad car and lost control. The vehicle then crashed into a building in the 700 block of W. Wisconsin Avenue. The driver of the wrecked car was then picked up by the driver of the second vehicle before fleeing from the scene. Police say someone inside the car then fired multiple shots at the detectives with one of the shots hitting the unmarked squad car.

Police are still looking for the suspects. Anyone with information is asked to call Milwaukee Police.

MILWAUKEE (CBS 58) -- An officer has been taken to the hospital after an unmarked squad car and a downtown Milwaukee building were hit during an apparent drag race, according to police.

The incident happened in the vicinity of Wisconsin Avenue and James Lovell Street, near the Wells Fargo Bank around 3:00 a.m. Tuesday.

Investigators say the cars were speeding when one vehicle crashed into an unmarked squad car before slamming into the jewelry store.

The suspects ran away. No one is in custody at this time. Authorities say the officer is being treated at an area hospital, however, it's unclear how serious the officer's injuries are at this time. 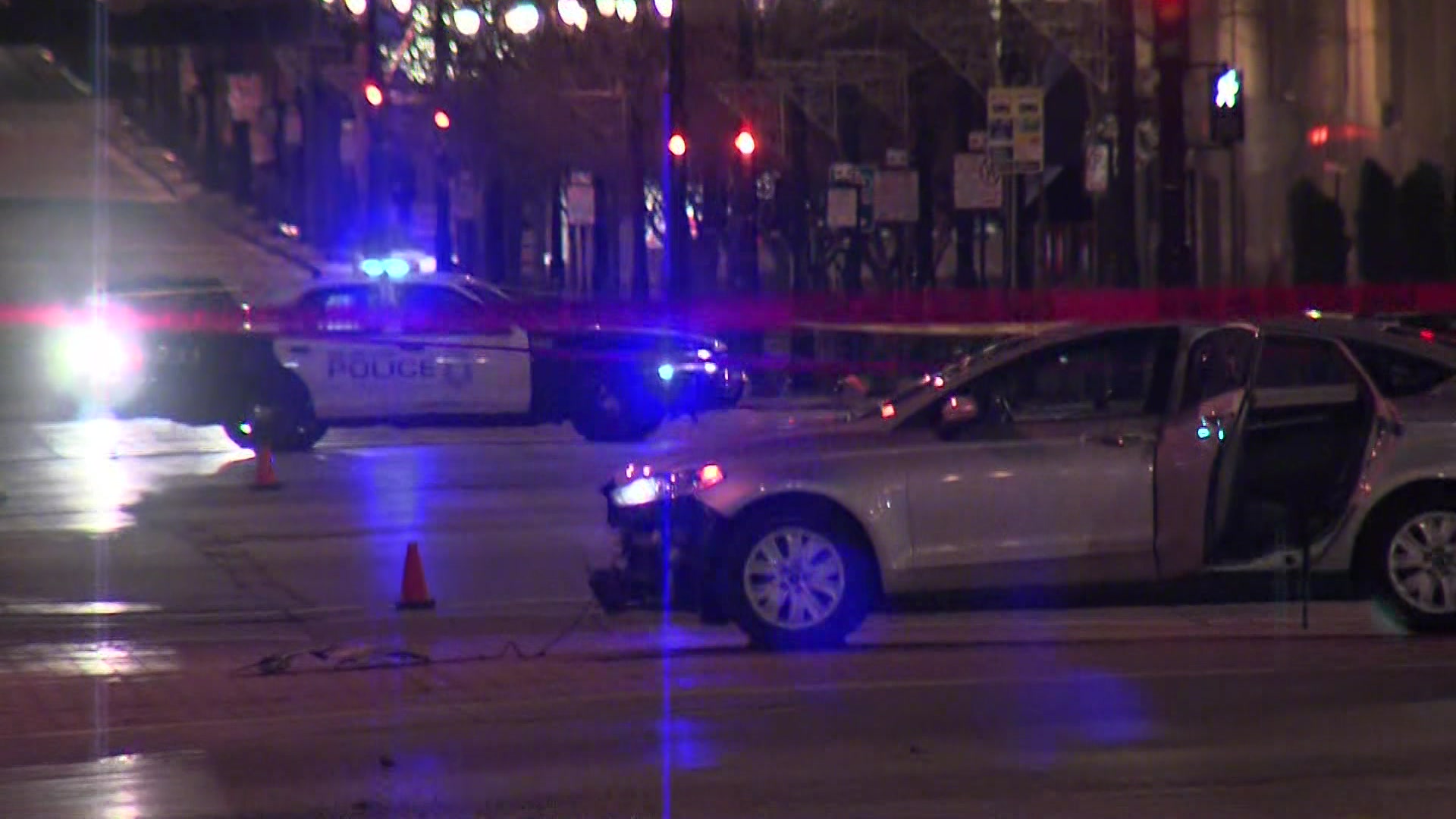