MILWAUKEE (CBS 58) -- Police say a 65-year-old driver crashed into the garage of a home in Wauwatosa Tuesday, Oct. 22.

The driver was traveling southbound on Robertson when he struck a car that was crossing Bluemound. Police say that car was pushed, before stopping near Bluemound and Glenview. The driver also reportedly took out a stop sign.

"I was laying down and all of a sudden I heard a loud boom," said neighbor Tom Scardina.

Witnesses said an SUV crashed into the home near Bluemound and Ravenswood, causing extensive damage to the garage, and the driver was transported to a hospital with a head injury. Wauwatosa police say they're unsure what injuries the driver sustained.

The driver told witnesses after the crash happened, his foot got stuck on the gas pedal, and he couldn't avoid the home.

"I pulled open the door with my neighbor and we -- I asked the guy if he could breathe, he had a gash on his head, I said don't move, I need to know your name," Scardina said. "I saw a cellphone on the ground, he gave us a number, called his wife, we called the police."

No one was in the garage during the time of the crash.

The sergeant on scene doesn't believe the 65-year-old man was impaired in any way, and it's currently unclear why he kept his foot on the gas. It's being investigated to determine whether it was a medical or mechanical issue.

A man and woman in the car that was hit were taken to a local hospital for treatment of minor injuries.

Several neighbors on scene say they've seen several crashes at the intersection within the few weeks. 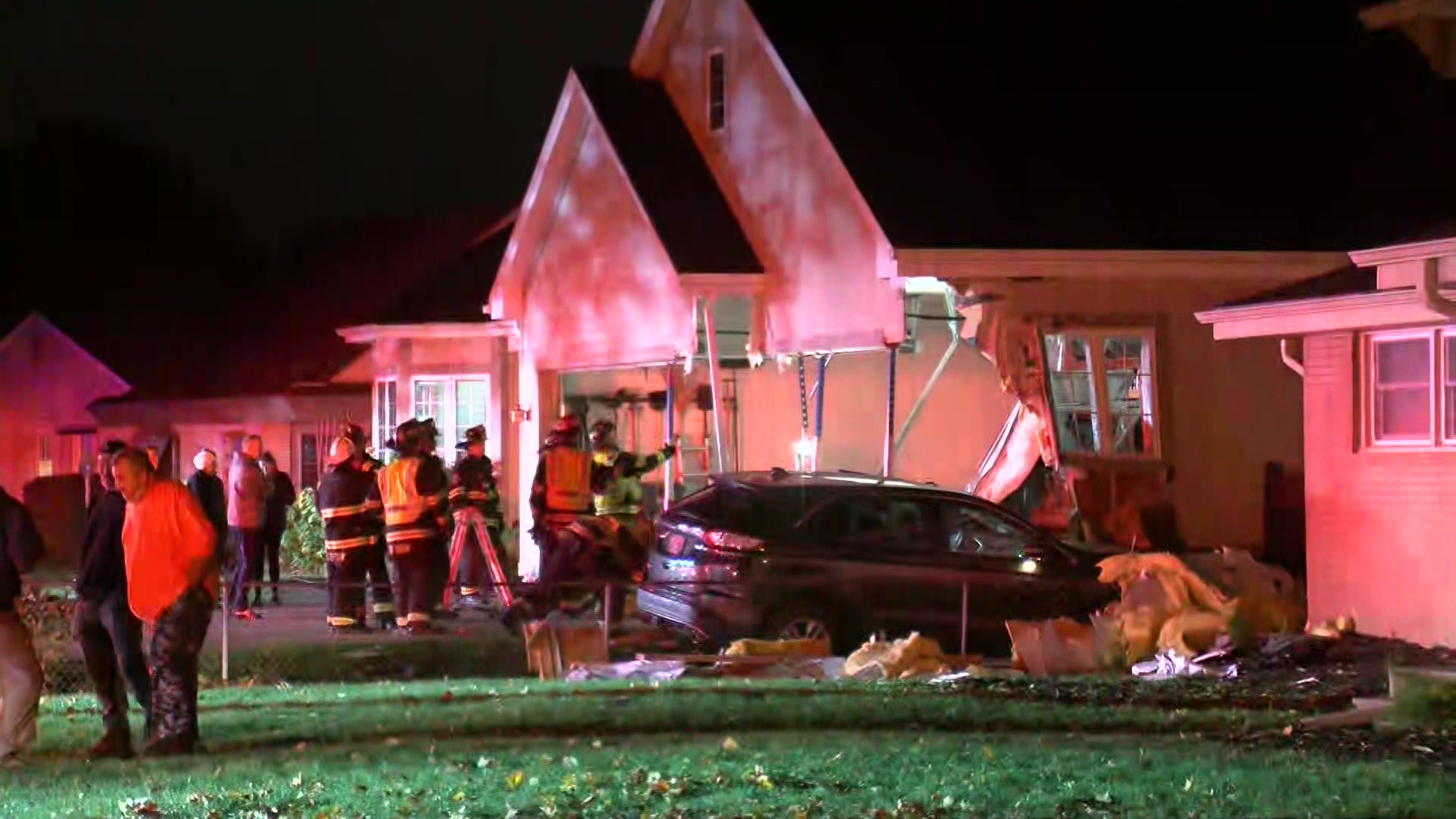