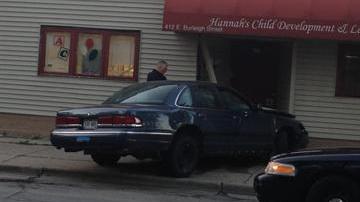 MILWAUKEE-The Fire Department says crews were called to a car into building report just before 7 Wednesday night in the area near Burleigh and Holton.

When crews arrived, there were no people on scene. The people in the car had fled.

The Milwaukee Police department said that it appears that car sped away from a fight and crashed.

A female driver was at some point caught by police.

She was being looked at by medical personnel. All passengers in the car were accounted for.
Share this article: