UPDATE: Loaded revolver and drugs found in fleeing car that crashed near 8th and Locust 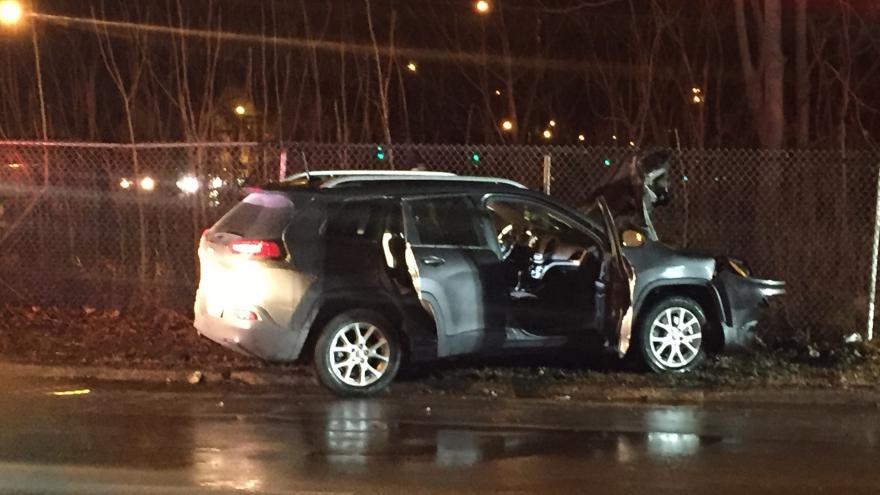 MILWAUKEE (CBS 58) -- According to a release from the Milwaukee County Sheriff's Office, a Deputy saw a car run a red light on Keefe just before 6 p.m. Saturday and turned to make a traffic stop. The car fled when the Deputy turned on his lights and the Deputy called off the chase.

When the Deputy was getting back onto the freeway he saw a similar car stop near 8th and Locust and another car that had been hit.

A man wearing a black jacket ran from the scene when the Deputy arrived. The driver of the car that was hit complained of pain in their side but refused medical treatment.

When the suspect's car was searched officials found a fully loaded revolver and several small baggies of suspected marijuana, heroin and cocaine.

The car was not stolen.

The car started on fire and the Milwaukee Fire Department responded to put out the flames.

The Deputy saw the man crash a little later and the suspect fled on foot.

Police have not released a description of the suspect or any additional information.