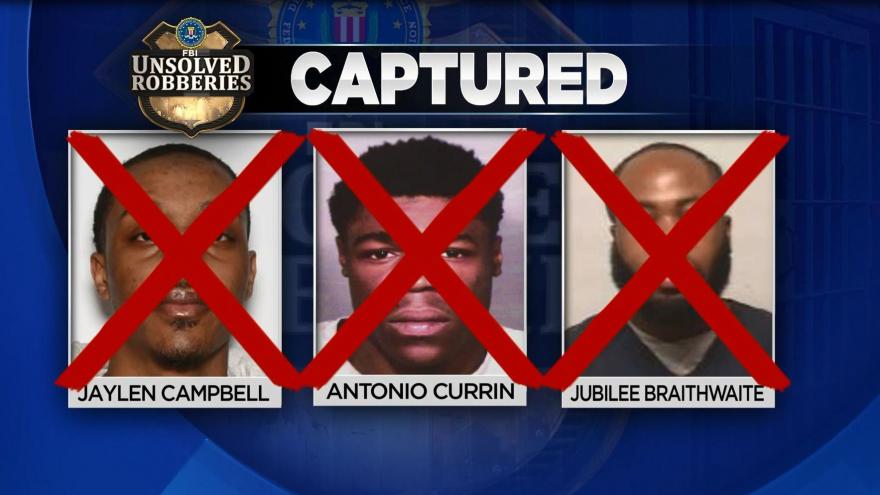 For the third time since we started our FBI Unsolved Robberies series, a viewer tip has led the FBI to an arrest.

Late Tuesday night, U.S. Marshals arrested 26-year-old Jubilee Braithwaite in Kenosha. Federal Agents say Braithwaite was hiding out at his mother's house when they arrested him without incident.

Braithwaite was wanted for robbing three Kenosha banks on September 13th. Federal Agents say he wore a blonde wig to disguise his identity, but that local law enforcement officers were able to quickly identify him in surveillance videos.

They were unable to locate him, until a CBS-58 viewer provided the tip that led to his arrest.

"The arrest went without incident," says Asst. Special Agent in Charge Robert Botsch. "Some of these guys don't stray far from their home. They stay in areas that they're comfortable with, and they're able to move around freely."

Braithwaite is facing 12 Felony charges for his alleged role in those 3 robberies.

The FBI Unsolved Robberies series airs every Monday at 10PM. If you can help the FBI find their next wanted individual, you could receive a reward.

"Generally, someone knows something," he says. "It's just a matter of getting cooperation from the right person."