Candidates for House, Senate, Governor debate on the same night 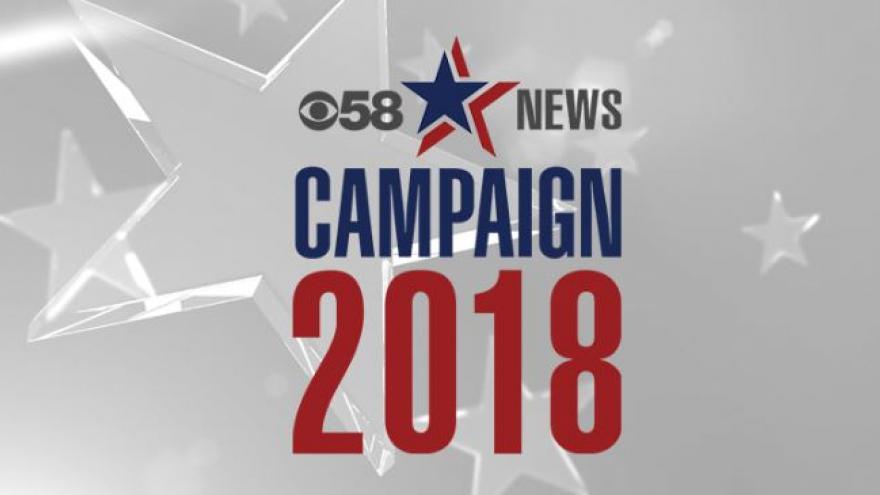 WISCONSIN (CBS 58) - It doesn't happen very often but candidates for the House, Senate  and Governor in Wisconsin all squared off in three different debates Friday night.

The closest of the three is the race for Governor.

Early in the debate, came a question about plagiarism.

“If this is the best Scott Walker has, he doesn’t have much,” said Evers.

Evers is accused of plagiarizing part of his budget plan from several places, including a think tank and Wikipedia.

“We dropped a few citations from the back pages of the budget, we talked to the people involved, it was a mistake, and we fixed it,” said Evers.

“I don’t know of a teacher out there that would allow a student to hand in a term paper that plagiarized major portions of a document without attributing it, particularly from Wikipedia,” responded Gov. Walker.

Evers then tried to accuse the Governor of his own plagiarism.

“Let me be clear, the Wisconsin Council for Open Government actually gave us an award for open government, in fact you can literally go to our website openbook and see all the finances of state government,” said the Governor.

The debate also covered a topic that has been the focus of many of the campaign commercials you’ve been seeing on TV, covering pre-existing conditions.

“We can protect people with pre-existing conditions without protecting the failure that is Obamacare,” said Governor Walker.

“Scott Walker is talking out of both sides of his mouth, he wants to save pre-existing conditions, but he’s in federal court to get rid of the Affordable Care Act,” said Evers.

Taxes are always important to voters, both sides say their opponent wants to raise taxes, while they want to lower them.

“I have shown repeatedly in the past that we can cut taxes on the hard working people in this state, on the working families and senior citizens and small business owners and family farmers,” said Gov. Walker.

Voters have one more chance to see these two square off, they debate again Friday, Oct. 26th.

Meanwhile, the two Senate candidates faced off in a debate in Milwaukee.

Senator Tammy Baldwin and Leah Vukmir talked about several topics, but it was health care and pre-existing conditions that has dominated much of the debate in this campaign.

“It's just amazing to me that nobody is looking at her own bill, I don't even think Sen. Baldwin has looked at her own bill, section 105-107 Senator, it says that you will dismantle all those programs,” said Vukmir.

Between those two events was a debate for the vacant 1st Congressional District seat.

Republican Bryan Steil and Democrat Randy Bryce are both vying for the seat, and met in Oak Creek Friday.

It was a substantive debate about the economy and immigration, but the most emotional answers came when talking about the attack ads airing on TV.

“These ads are breaking my mom's heart, my son has to see these before he goes to sleep at night, he's asked about them every day at school, tonight you're not going to be able to hide behind millions of dollars in attack ads, we're going to have people that are going to have questions answered, game on!” said Bryce directly to Steil.

“I think that it's a bit ironic that an individual whose ads received 3 pinocchios from the Washington Post for being dishonest, then claims frustration with dishonest ads, I've never heard one complaint about an ad that I've run, I've run positive ads, I'm running positive ads on the issues,” said Steil.

The midterm elections are on November 6th.