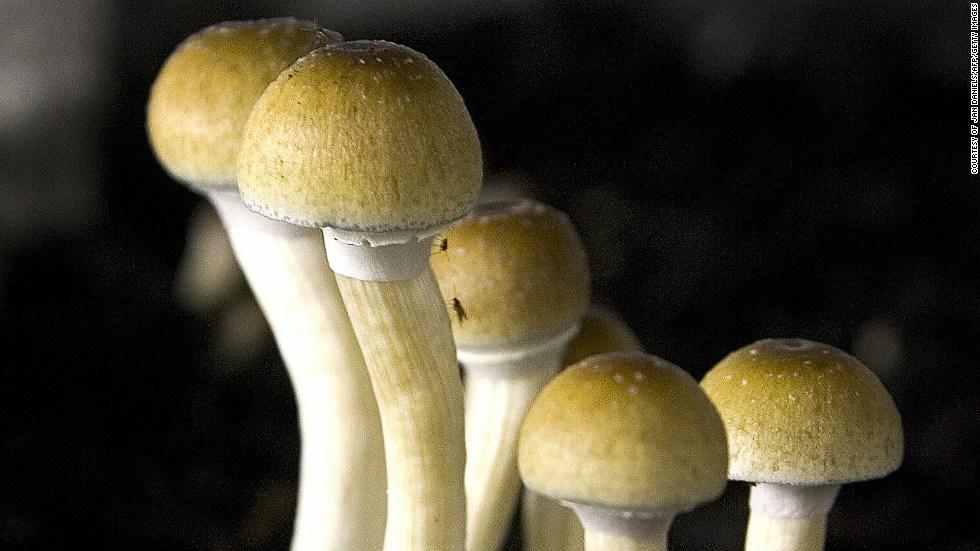 (CNN) Do you ever find yourself worrying about an upcoming situation, even though similar past experiences have worked out fine? Or do you worry about your relationship or finances in a way that is out of proportion with your actual circumstances? These are classic symptoms of anxiety.

Anxiety disorders, along with depression, are among the most common mental disorders in the world today. Depression is the leading cause of disability worldwide and affects 350 million people globally, according to theWorld Health Organization (WHO).
Treatment for the conditions are wide-ranging, from prescription drugs to counseling and therapy, but none have proven to have a universal effect.
Scientists are currently trialling meditation and, more controversially, psychedelic drugs as potential treatments due to their perspective-altering effect on the mind. Scientists hope that could help release people from being locked into depressive, or worrying, thoughts.
But recent work has begun investigating whether these two contrasting treatments activate the same regions of the brain to give similar benefits.
"Meditation interventions have been shown to be effective in reducing stress and anxiety... it is a powerful and established method to alter human consciousness," said Frederick Barrett, a behavioral neuroscientist at Johns Hopkins University. His team focus on practices that can affect human consciousness.
Recent trials with psilocybin -- the active ingredient found in "magic," or psychedelic mushrooms -- have also been shown to be effective against both anxiety and depression. In a recent study by researchers at Imperial College London, people with depression were given two controlled doses of psilocybin and their symptoms were reduced for up to three months after they received the drugs. Symptoms of anxiety were also shown to improve.
"Psilocybin administered properly and under supervision can see a change in emotional well-being," said Barrett. "Meditation is also an established method."
The point? "One is pharmaceutical and one isn't," said Barrett.
To find out their similarities, and potentially combine them as a treatment, his team are currently studying the brains of people with long-term Buddhist meditation practices by imaging their brain activity inside an fMRI scanner while they meditate. Participants are divided into groups for researchers to better determine the effect on meditation -- and their brain -- after taking low and high doses of psilocybin, or a placebo.
The trial is currently ongoing, but preliminary results are promising. "It's too early to say, but so far we've seen positive effects of psilocybin on well-being and mediation practices."
Meditation is no easy task and can be extremely challenging as a novice, so the idea behind the study is to reveal whether psychedelics offer a similar change in perspective and if so, use them as an alternative therapy.
"Psilocybin could be a second-line treatment for patients who meditation doesn't work for," said Barrett.
Another idea is the use of these drugs to help people explore their consciousness and improve their ability to concentrate -- and eventually meditate.
"Psilocybin can be a gateway into meditation...to show you experiences and to have insight into yourself," said Peter Addy from Yale University School of Medicine and founding member of the Yale Psychedelic Science Group.
While stressing the importance of using psilocybin as a therapy in a controlled environment, Addy believes that the drug could be taken to alleviate symptoms of mood disorders, and even tackle addictions, but suggests that meditation could be added to the mix and make treatment more sustainable.
"You have this insight, but then what? You can't take psilocybin every day, you have to be able to maintain that," said Addy.
He believes this could be one way of opening up people's minds to meditation for this to then be used as needed.
"A number of leaders in the American Buddhist community have been open about using psychedelics to open up meditation," said Barrett. But he stresses that his team are not implying people should do this.
"[We're looking at] the basic science question of whether it is useful to help people be more aware."
Barrett believes science has only touched the surface of the therapies these drugs and meditation could offer, at the very least to treat mood disorders. "We need to know what works, but also why it works," added Addy, who previously worked with patients suffering from addictions.
"Psychiatry desperately needs new approaches to treat people," said Addy.
Share this article: