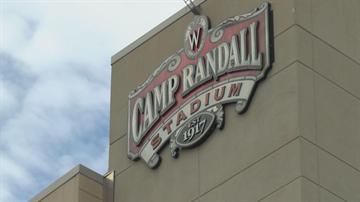 MADISON -- The students lined up to grab their tickets Friday, and by 11 Saturday morning, they'll be ready to see their Badgers open up Camp Randall Stadium for the 2014 season.

\"It's just so loud. So crazy. Everyone is wearing red jumping around.\" Said UW-Madison sophomore Molly Berg.

At Wisconsin, game-day is an experience. One that Berg says students want to share.

\"They want to tape 'Jump Around' of course, or 'Build Me Up Buttercup' and they want to take a Snapchat and show all their friends.\" Berg said.

Students say they never get reception during a game. They say they can't snapchat, tweet, and sometimes they say you can't even make a phone call.

\"It's just difficult sometimes when I get separtated from my friends trying to get back in touch with them. Sometimes your phone won't work.\" Said UW-Madison sophomore Caleb Holtz.

This week the Wisconsin Athletic Department announced it has installed a better cell antenna system that could help handle tens of thousands of cellphones all in one place. Also, it installed a wi-fi system people can log onto with their phones.

\"If they're putting in wi-fi I'm sure that will really help. People will get the service, use Snapchat, Instagram, everything they want to get out there.\" Berg said.

Fans can also use that wi-fi to download a digital version of the game-day program onto their iPhone or Android.

Some other changes will include compost bins replacing garbage cans, new concessions around the stadium, and more than 700 TV screens throughout Camp Randall.