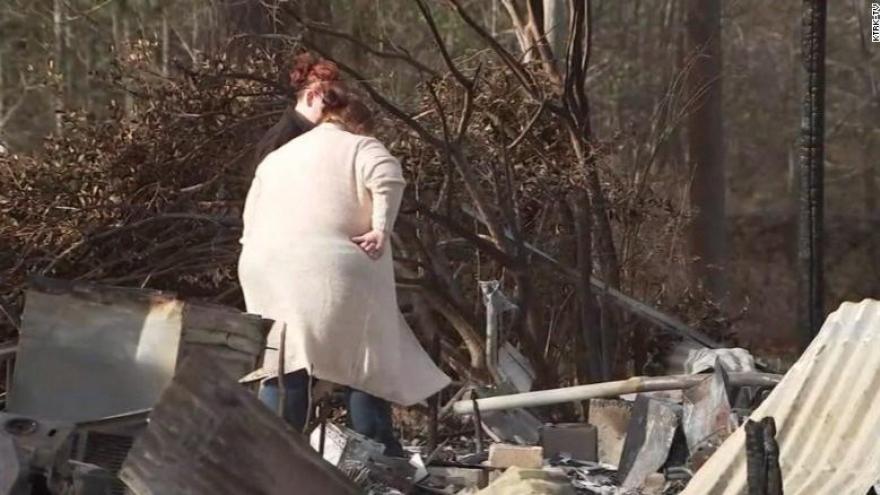 (CNN) Layla Wray is used to dealing with distressed callers all day long. She's a 911 dispatcher in rural Madisonville, Texas.

So maybe that's why she stayed so calm late last weekend when she took a call -- from her teen daughter -- and found out her very own house was burning down.

Caller: "Mommy, mommy, it's Cassidy. The house is on fire."

Dispatcher: "Your house is on fire, Cassidy?"

"I guess for a minute I thought I had to ask who it was, I don't know," Wray told CNN affiliate KTRK. "Then I just went into dispatcher mode."

And that probably helped her stay calm as her home burned to the ground on the other end of the line.

"I realized the house was burning down but I needed to find out where everyone was and where are the adults and what was going on," Wray said.

Other family members were home at the time, but they all got out safely.

The craziest thing about this surreal call is that Wray had to shutdown an argument amongst her kids that had developed during the chaos.

"They were bickering and all of a sudden I was like, 'Look. We don't have time for that. We have other things going on. I need to know what's happening there, not what y'all little squabble is right now,'" she said.

The family doesn't have insurance on the home, but they do own the land so they're going to rebuild.