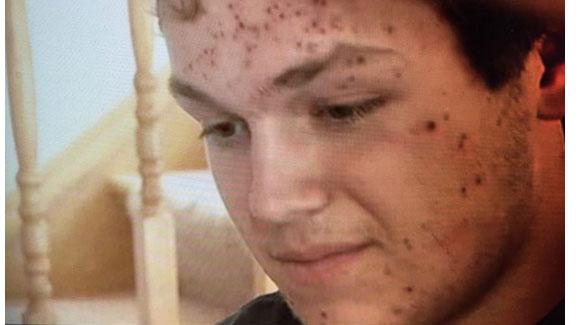 Blake Flovin said he was infected during another wrestling competition last month.

He said he may have spread that infection to other wrestlers while he was practicing.

So he's calling on officials to postpone the wrestling tournament, scheduled for this weekend, until the incubation period is over.

"They need to be stopped from wrestling or the state tournament needs to be postponed. so, just trying to prevent this disease from getting to other people," said Blake Flovin, high school wrestler.

California state sports officials said they'll go ahead with the tournament, but doctors will be on hand.

They also said all wrestlers have to pass a skin inspection before competing.