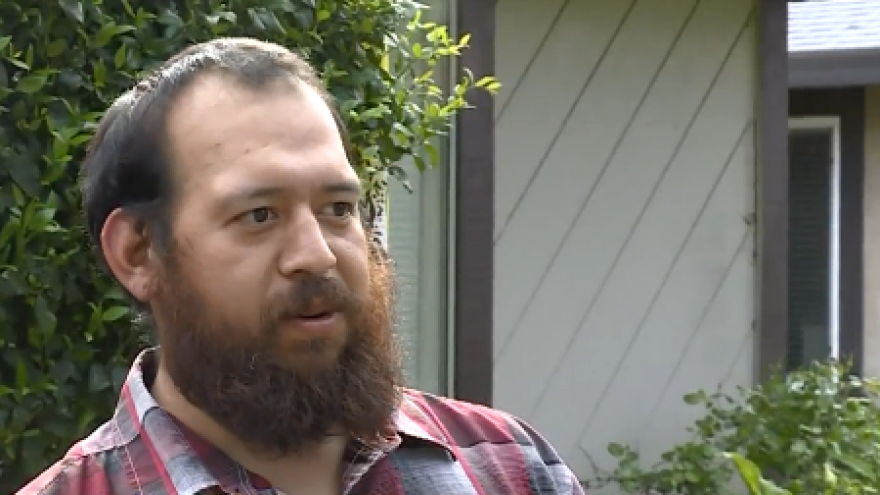 AUBURN, CALIFORNIA (CBS13) – A local father is being called a hero after he rescued his 3-year-old daughter and knocked out her kidnapper.

Freddie Cantrell lives just across the street from the Regional Park where his two young girls were playing with their mother and stepdad Sunday night.

It’s a place they used to love that’s now part of their biggest nightmare.

“I got a phone call from the mother saying, ‘Hey you got to get down here quick. Somebody tried to kidnap Aubrey,'” Cantrell recounted.

It all happened in front of their 6-year-old daughter.

“The guy walked up and started dragging Aubrey and running with her and skipping with her,” young Natalie said.

The mom and stepdad took off running towards the suspect, and Cantrell started to run towards them from the opposite side of the park.

“He tried to swing at me with handcuffs wrapped around his fingers and try to use them as brass knuckles, and that’s when I just took action and try to knock him out,” Cantrell said.

Placer County deputies quickly arrived after the citizen’s arrest and took 26-year-old Yonel Hernandez-Velasco into custody for attempted kidnapping and assault with a deadly weapon.

“You see the bad stuff on the news and hope it’s not going to happen to your kids, so you got to just keep an eye out I guess,” said April McGuinness, a mother, and neighbor who lives nearby.

The incident was a sad reminder that can’t kids can’t just be kids and play unsupervised.

“It’s better than me having to get kidnapped because I come here alone,” said the woman’s 11-year-old son.

Many are just grateful that man is off their street.

“If I saw that I would go after the person too because someone’s kid you know,” said a man who lives nearby and walks his two dogs.

Cantrell didn’t hold back or panic even, he just said his instincts kicked in.

The girl’s mother posted the story on her Facebook page, and now there have been nearly 1,000 shares and hundreds of comments from people all over the country praising this father.

As for Hernandez-Velasco, he was transported to the hospital for medical clearance and then taken to the Auburn Jail.

A blood sample was drawn to determine if the suspect was under the influence of alcohol or drugs.

He was booked on charges of kidnapping, assault with a deadly weapon, and attempted kidnapping.

He remains in custody, and his bail is set at $1.2 million.