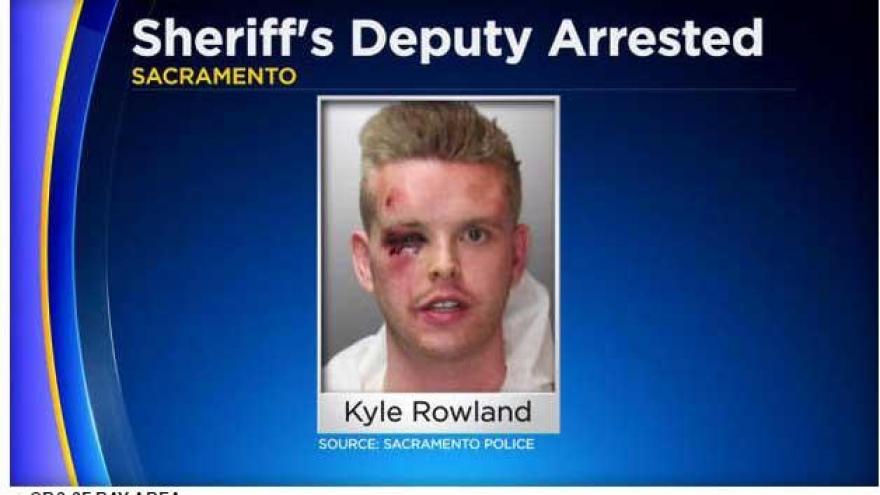 Sacramento Police Department spokesman Matthew McPhail said Sunday 23-year-old Kyle Rowland, of Sacramento, was charged with attempted murder after he allegedly fired a gun Friday after a confrontation with party-goers. No one was injured in the shooting.

McPhail says Rowland left the party but returned with a gun. Two firearms were recovered from the scene.

He says that when police arrived Rowland was being held by several party-goers. A booking photo shows Roland with a bloody right eye.

The Contra Costa County Sheriff’s Department said Rowland joined as a deputy in October. Spokesman Jimmy Lee told CBS San Francisco the department is taking the incident seriously and said the employee involved has been fired.

The Sacramento Bee reports Rowland is also a prominent blues musician who plays the harmonica and sings for the Kyle Rowland Blues Band, a popular band in the Sacramento area.