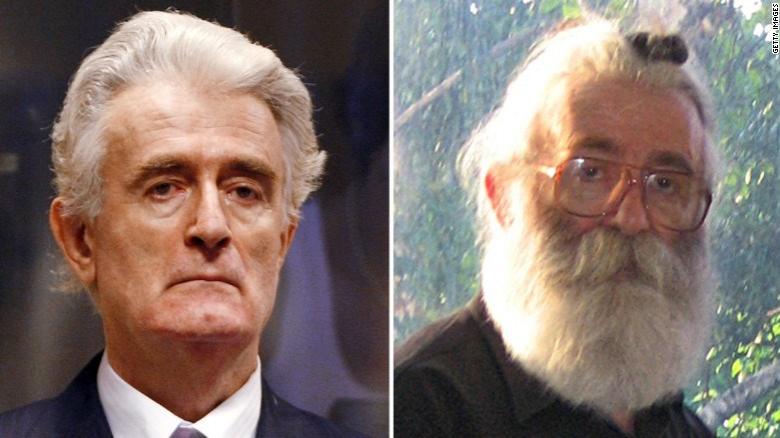 (CNN) Radovan Karadzic, the so-called "Butcher of Bosnia," was sentenced to 40 years in prison Thursday after being found guilty of genocide and other crimes against humanity during his war crimes trial at a U.N. court in The Hague, Netherlands.

The genocide charge against the former leader of the breakaway Serb Republic in Bosnia related to his responsibility for the massacre of Bosnian Muslim men and boys in Srebrenica in July 1995, the worst mass killing in Europe since World War II.

The 70-year-old former psychologist was found guilty of 10 of the 11 charges against him, including extermination, persecution, forcible transfer, terror and hostage taking during the Bosnian War from 1992 to 1995, a conflict that's estimated to have taken more than 100,000 lives.

He was found not guilty on one of the counts of genocide against him.

Radovan Karadzic: From psychiatrist to 'Butcher of Bosnia'

The judge said Karadzic was "consistently informed" about Bosnian Serb forces targeting civilians in Sarajevo, a notorious siege in which more than 11,000 people died, and was criminally responsible for war crimes and crimes against humanity for attacks on civilians there.

Between 1992 and 1995, while Karadzic was president of the so-called Serbian Republic of Bosnia-Herzegovina, his troops were reported to have massacred hundreds of thousands of Muslims and Croats during a campaign of "ethnic cleansing."

Karadzic's road to The Hague has been a long one, marked by bizarre twists. He went into hiding in 1996 and was not arrested until 12 years later. When he emerged, he was heavily disguised by a white beard, long hair and spectacles.

Serb officials revealed that Karadzic had been hiding in plain sight -- working in a clinic in Belgrade, the capital of Serbia, under a false identity as a "healer."

He was extradited to The Hague to face charges and pleaded not guilty. He initially tried to represent himself, leading to delays in his trial, but he eventually had an attorney imposed on him.

Thursday's verdict comes more than a year after the end of his trial in 2014. The 500-day trial included evidence from 586 witnesses and more than 11,000 exhibits.

Karadzic's former army chief, Ratko Mladic, who was arrested in 2012, is facing charges of genocide and war crimes committed during the conflict. A judgment is expected in 2017.