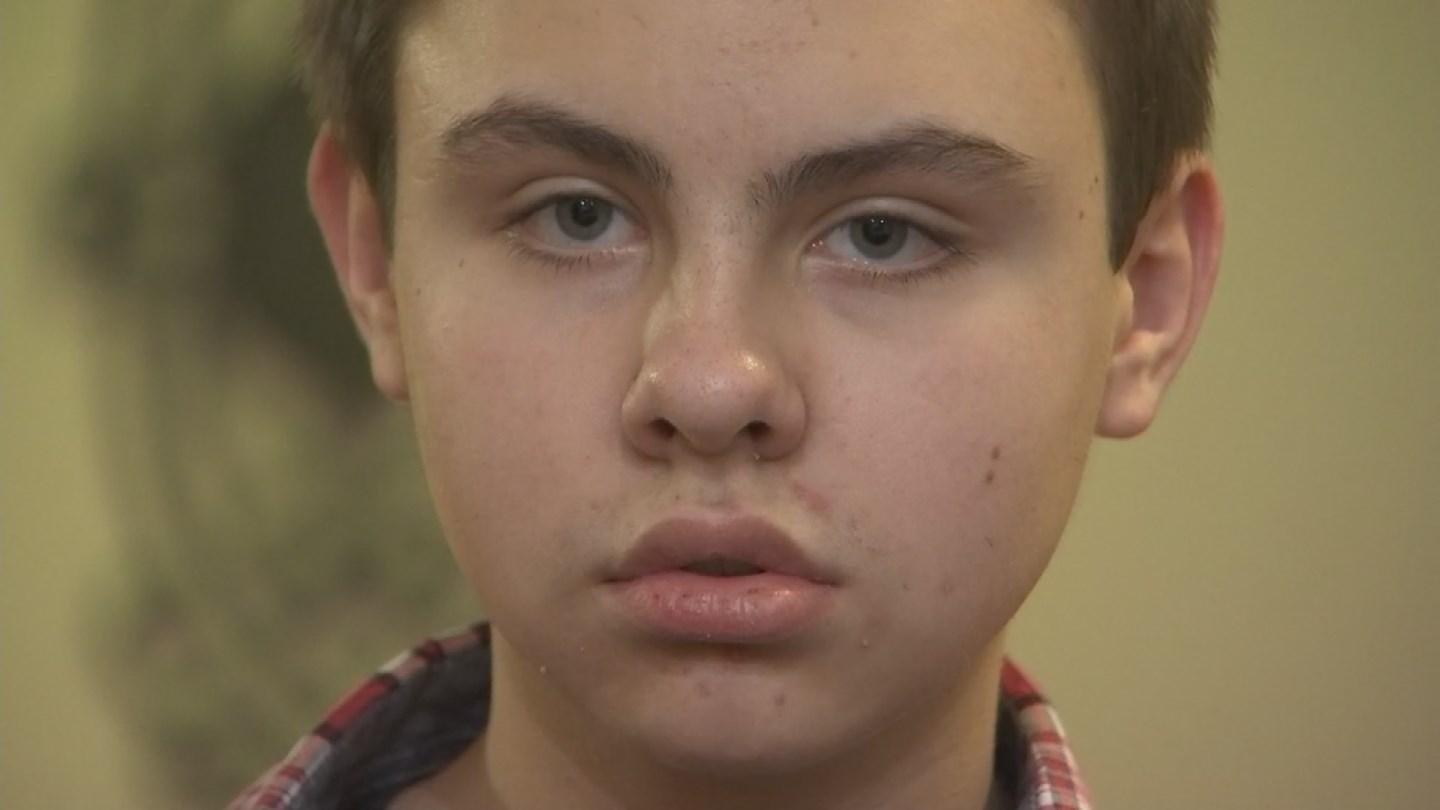 A Arizona school bus driver admitted to slapping a student with special needs, according to the CBS affiliate in Phoenix.

The boy's father said it happened on Dec. 1 at Bogle Junior High School in Chandler.

"This is a grown man against my son. My son's in a seat belt. Where's he going?" the boy's father, Colin Stephens, said. "The aide is in the seat in front of him, holding him down."

He said to CBS Phoenix the school did not notify him and his wife that their son had been slapped until nearly two days later.

The bus driver reported himself to Chandler Unified School District. He said he slapped the 15-year-old for spitting on him twice.

The teen's parents say their son is missing two-thirds of the right side of his brain. He is partially paralyzed on his left side and suffers from cerebral palsy and epilepsy.

They say he has the cognitive capacity and verbal skills of a 3-year-old child and was unable to defend himself or tell his parents what happened on the bus.

"This is my wife's biggest fear, that something would happen to him and we might not even know it because he can't tell us," Stephens said.

The Stephenses said they saw the video from the bus, and while they were upset to see their son spit on the driver, they were more upset by what happened before and after.

"The bus driver grabbed his and yanked him and pulled him around. It was heartbreaking," Stephens said.

He went on to say the video shows the bus driver and a school aide holding down his son, who was in a mechanical restraint at the time. He said the bus driver's slap knocked the back of his son's head into a bus window.

The Stephenses they are defending their son who cannot defend himself, and standing up for other parents of children with special needs.

They said the bus driver should not be able to work with any children in the future and the district needs to better train their staff on dealing with special-needs students.

"I don't think the school has properly prepared people for dealing with these situations," Stephens said. "It's not the same as dealing with other kids."

A school resource officer is investigating and the district says it is in full cooperation with authorities.

The bus driver has resigned and no longer works with the district.