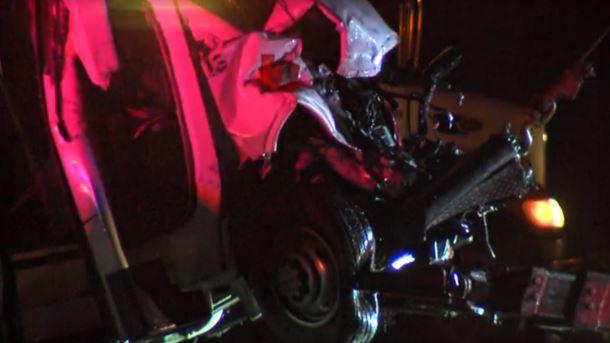 Amanda Duforat with Scenic Mountain Medical Center in Big Spring told KWES-TV that eight people were brought in from the crash. She said two were in critical condition, two others were in serious condition and four were being transferred to another hospital for further treatment.

Photos from the scene showed the school bus with its front end crumpled against the damaged side of a tractor trailer rig. The wreckage from the crash was being removed from the site overnight following an investigation, CBS Odessa affiliate KOSA reported.

The Texas Department of Public Safety said westbound lanes of Interstate 20 were closed and traffic was being diverted from the scene.

In a statement to KOSA, Iraan High School Principal Jim Braum said: “Our community is tremendously grateful to the first responders from Big Spring, the folks who stopped to render aid, and the staff at Scenic View. The love and compassion they showed our kids and community are evidence that we still love one another in West Texas.”