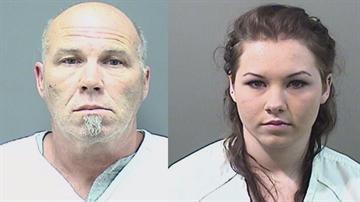 RACINE -- Racine Police say the burglary rate has dropped nearly 20 percent in the last year, thanks in large part to more people calling in crimes.  It's that kind of response that led them to a different discovery in July they admit without those calls would very likely still be hidden.

\"This one would've been pretty difficult to miss, it was all over the place,\" Police Sergeant Jessie Metoyer said Wednesday.

Marijuana plants, pipes and growing equipment filling a home, but hiding almost in plain sight in a quiet neighborhood.

\"If we didn't have another reason to go to the property, we may not know about  it,\" Metoyer said.

Metoyer says someone called 9-1-1 the night of July 15th to report two men breaking into a home in the 2800 block of Wright Avenue.  Police arrived and the suspects were gone, but officers found evidence of the burglary.

\"[Officers] Entered the home to do a protective sweep of the home and in the process located a rather large, sophisticated marijuana grow operation,\" Metoyer said.

Officers came back with a warrant and found 26 marijuana plants, LED grow  lights and a homemade irrigation system made out of PVC piping.  Officers also  found a loaded .38 Special handgun licensed to 54-year-old William Kuhnwald.

Police learned Kuhnwald and his daughter, 20-year-old Danielle Kuhnwald, lived in the home but were in South Carolina on vacation at the time.  Officers finally tracked down the pair in September.  The whole operation was a surprise to the area.

A man living next door to the home refused to go on camera, but called the drug bust  \"ridiculous\", adding he had known William Kuhnwald for five years.  The man said Kuhnwald wasn't selling the pot and police should worry about bigger issues.

\"We enforce the laws of the State of Wisconsin and in Wisconsin marijuana is illegal,\" Metoyer said.

Danielle Kuhnwald is free on a signature bond, but William Kuhnwald remains in custody on $10,000 cash bail.  If convicted, they both face more than 13 years in prison.