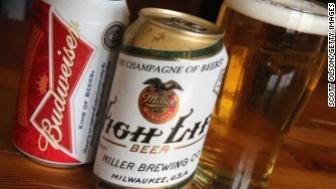 SABMiller said Wednesday that its shareholders approved the deal despite opposition from investors who saw their share of the payout shrink after pound plunged following Britain's vote to the leave the European Union. AB InBev shareholders also backed the transaction.

Regulators around the world have already approved the deal, which AB InBev says will create "the first truly global brewer."

Acquiring SABMiller, which traces its roots to the former South African Breweries, gives AB InBev a large presence in Africa while increasing its business in South America and Europe. The combined company will control almost a third of the global beer market.