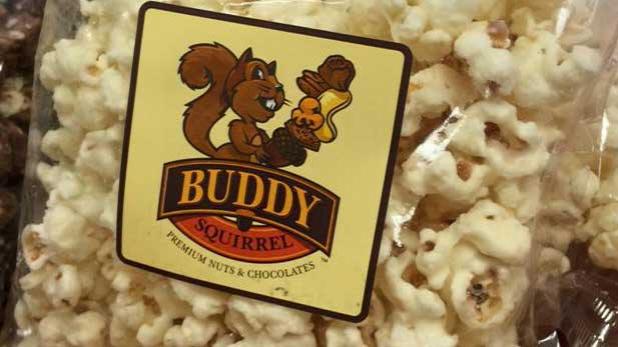 After a six-year hiatus, St. Francis based Buddy Squirrel opened next to Sears at Brookfield Square Mall on October 6.

Customers will be greeted by the “Buddy Squirrel” mascot, and the first 500, who spend $10 or more, will receive a sample product bag.

“After a six-year hiatus, we’re back and excited for Buddy Squirrel’s return to Brookfield Square,” said Dick Kerndt, president of Buddy Squirrel. “In the 2000s, Buddy Squirrel substantially reduced the number of mall stores and since then, we’ve had many long-time customers ask about Brookfield Mall. We thought this would be a prime location as our other stores in Mayfair, Southridge, and St. Francis are not close by nor are they close to other communities further west.”

With three other retail locations in the Milwaukee area, this 1,700 square-foot store will staff six full and part-time employees. According to Kerndt, Quality Candy/Buddy Squirrel had a store in Brookfield Square from approximately 1980 to 2009.

“We will also have new products available, including chocolate smoothies and 12 varieties of fudge, which will offer our customers another reason to make Buddy Squirrel their confectionery of choice.”