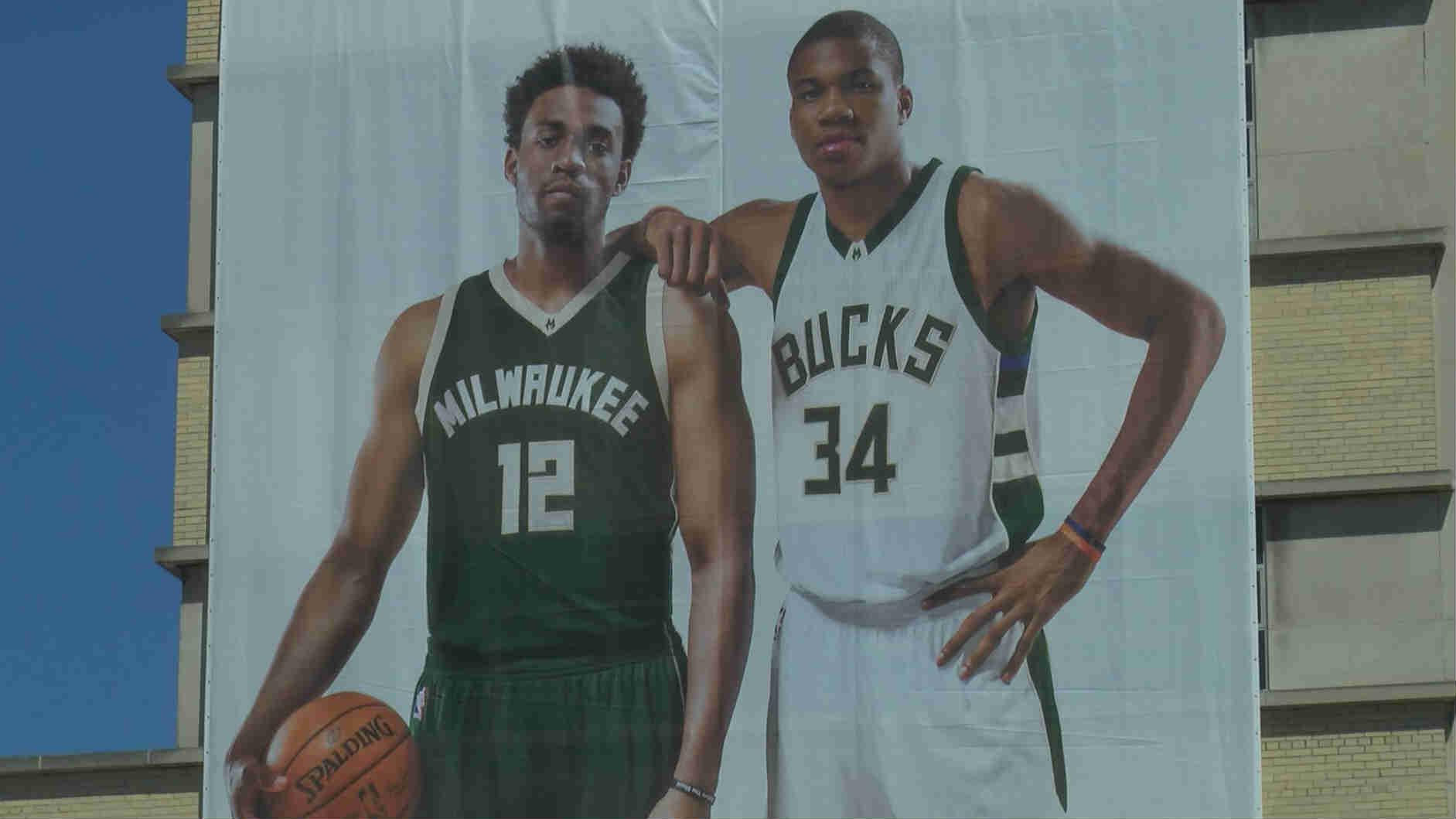 About 50 feet tall, in simple but crisp green and white uniforms, images of Jabari Parker and Giannis Antetokounmpo rolled down the side of a Schlitz Park building Saturday. It gave a crowd of thousands what they came for: a glimpse at the newly-designed Milwaukee Bucks jerseys.

\"I didn't even see,\" laughed Antetokounmpo after the ceremony. \"I saw it when I walked down, I just turned around and saw myself.\"

The Bucks' star missed the unveiling while on stage. But you'll forgive him for being distracted by all the fans who came to see \"The Greek Freak.\"

\"It's a great feeling to see all these people waiting out in the sun just to see the Bucks jersey,\" Antetokounmpo said. \"That means they really care.\"

Giannis, Jabari Parker and other Bucks celebs highlighted an afternoon of games and entertainment at the first-ever Bucks Block Party. But it wasn't just current stars stunned by the reception.

\"I haven't seen a turnout like this during the summertime,\" former Bucks forward Vin Baker said.

Baker came back to Milwaukee just for Saturday's party. But he's been keeping a close watch on developments around a new arena and funding plan announced this week.

\"I love the people here in Milwaukee,\" Baker said. \"This city is so deserving of a great franchise and certainly deserving of this new facility.\"

It's a deal that calls for half the project -- $250 million --to come from taxpayers. That's money Bucks fans at Schlitz Office Park Saturday don't mind spending.

\"There's an opportunity cost baked in there,\" fan John Zielinski said of the arena financing deal. \"If people realize that opportunity cost. You pay a little bit but the opportunity is great for Milwaukee.\"

\"Certainly having days like this and facilities like this will combine and bring the whole state of Wisconsin together,\" Baker said.

To get a closer look at the new uniforms, visit the Bucks website here.