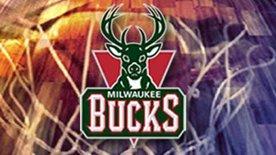 Milwaukee selected UNLV's Rashad Vaughn with the 17th overall selection, opting to draft a shooter and not the big man many draft experts thought they were targeting. Vaughn, a McDonald's All-American in high school and the Mountain West Conference Freshman of the Year, has ties to the region, having grown up in Minnesota.

Vaughn suffered a season-ending knee injury in February, but the Bucks were impressed with what Vaughn showed them in a pre-draft workout Monday.

The Bucks traded their other draft pick, the 46th overall selection, to the Toronto Raptors in a trade of two draft picks for guard Greivis Vasquez. Toronto also receives the Bucks' first round pick in 2017 in the swap.