Bucks' parade celebration will last in fans' memories for decades

Re-watch the parade and celebration below:

The parade brought together fans from out of town and out of state. Many were determined to celebrate a Bucks win no matter how early they needed to show up.

"Flights were kind of murky and I'm like, I'm driving," said Amy Wolfe, Bucks fan. "So... yesterday I started driving at 1 p.m., and I got here last night at midnight."

Bucks fan Amy Wolfe said as soon as the Bucks won Game 6 against the Phoenix Suns Tuesday night, July 20, she packed up and started the drive from Delaware, just so she could make it to the victory parade.

Fans set their alarms nice and early to reserve a spot for what could be a once-in-a-lifetime opportunity.

"I literally cried when they won, it's overwhelming and it's just a joy because we're a small town market," said Patricia Patterson, Bucks fan.

"I'm most excited about the parade about bringing the city together, and everybody has something in common, and it's positive and we're celebrating together," said Leah Potrykus, Bucks fan.

"I love seeing Giannis' journey from basically nothing in Greece to an MVP," said Joey Fritsch, Bucks fan. "Giannis is obviously an amazing athlete but I think his amazingness as a human shines through."

"I'm just a big Bobby Portis fan... just goes to show just because you're not a starter doesn't mean you can't be a star player in the NBA," said Bucks fan, Nick Wagner.

Even though it took 50 years, watching the team -- on a historical day -- might just have been worth the wait.

"The Larry O'Brian being held up in the sky, nothing beats that. Milwaukee, we're very happy, very proud. The team means a lot to us," Fritsch said. 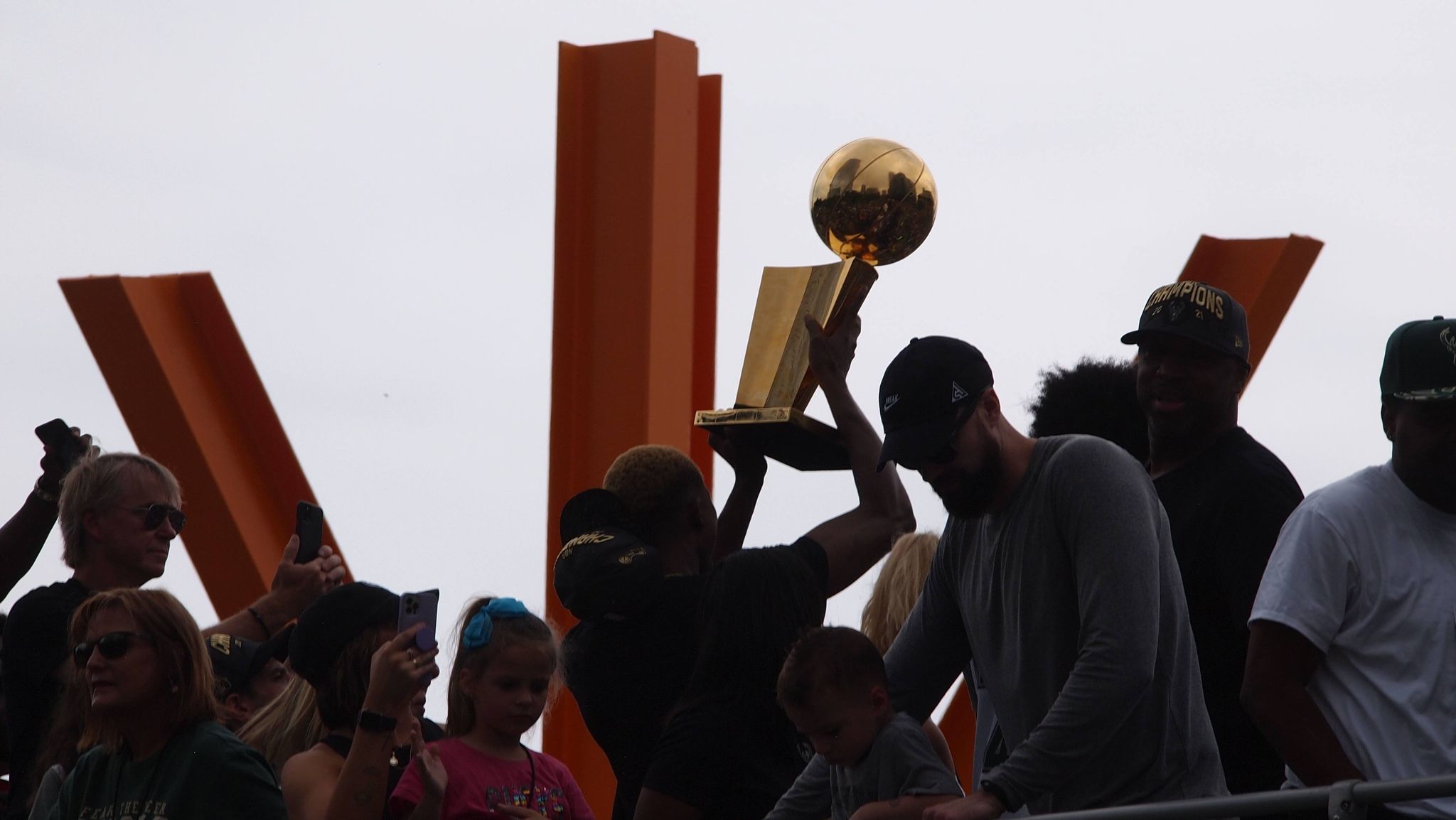 It's a day no one will forget.

The CBS 58 crew captured moments from the parade below: