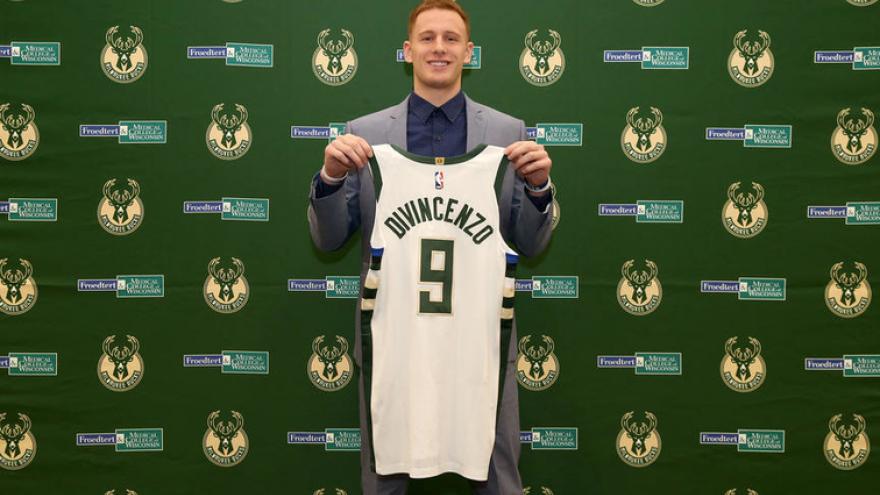 DiVincenzo was selected by the Bucks with the 17th overall pick in the 2018 NBA Draft. He led Villanova to a national championship in April, earning 2018 Final Four Most Outstanding Player honors after scoring 31 points on 10-for-15 shooting in the national championship game and averaging 23.0 points, 6.5 rebounds and 3.0 assists per game at the Final Four.

The Delaware-native was named the BIG EAST’s Sixth Man of the Year for the 2017-18 season after he averaged 13.4 points, 4.8 rebounds, 3.5 assists and 1.1 steals per game as a redshirt sophomore while shooting 48.1 percent from the field and 40.1 percent from 3-point range.

DiVincenzo appeared in 85 games, making 12 starts, during his three seasons with the Wildcats.

The rookie made some social media buzz after fellow Bucks player D.J. Wilson posted a photo of DiVincenzo's bank account which only showed $3.71 in both savings and checking.

Donte DiVincenzo could reaaaaaally use that first paycheck, @Bucks.