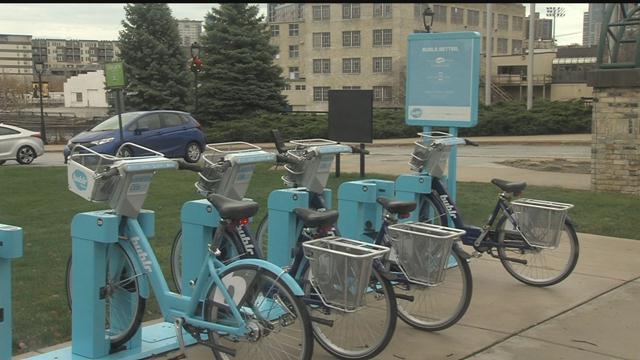 Bublr Bikes, Milwaukee’s bike share system, recorded its 50,000th trip during the past holiday weekend. This 2016 total is more than twice as many trips recorded by Bublr Bikes users in all of 2015.

“Milwaukee residents and visitors continue to use Bublr Bikes in record numbers,” said James Davies, Bublr Bikes Director of Operations. “Thank you to our users for riding and thank you to the Bublr Bikes team for supporting this unprecedented use”.

Since the arrival of bike share in Milwaukee, riders have:

The Bublr Bikes network currently has 40 stations and over 350 bicycles. In the coming weeks, Bublr Bikes will expand to the City of Wauwatosa, the first expansion outside of Bublr's Milwaukee beginning. The Wauwatosa expansion will be followed by additional station installations in Milwaukee. By the end of October, the Bublr Bikes network will contain over 55 station and will be larger than systems found in all of Milwaukee’s peer cities including Pittsburgh, Columbus, OH, Nashville, Cincinnati, and Indianapolis.