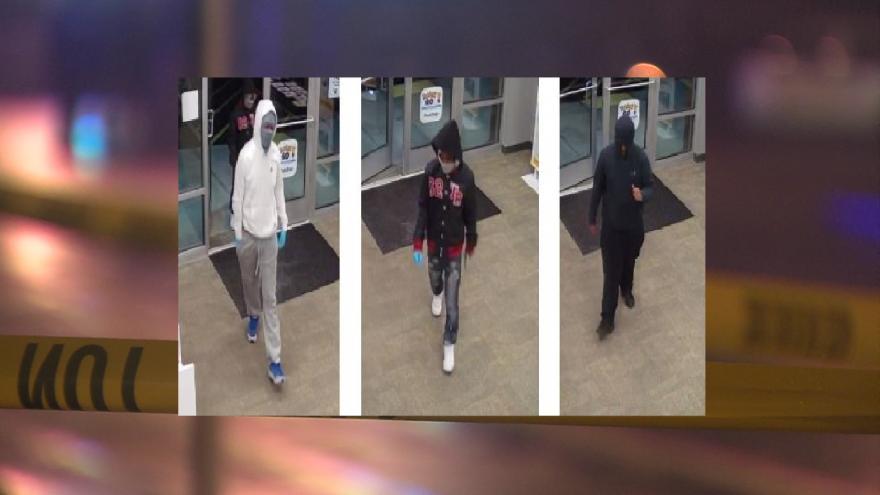 BROWN DEER (CBS 58) -- The Brown Deer Police Department is searching for three suspects involved in a robbery on Thursday.

According to the department, the incident occurred around 6:05 p.m. at a Sprint store near W. Brown Deer Rd. and N. 55th St.

Authorities said the three suspects threatened employees and then took cellphones and other electronics. They left in a silver sedan. No weapons were displayed.

The incident is believed to be related to similar thefts throughout the greater Milwaukee area. No employees were hurt during the incident.