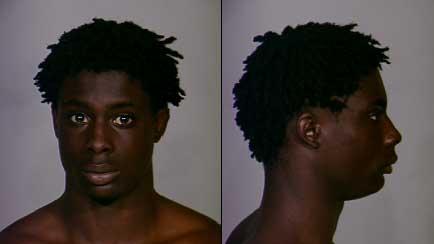 Brown Deer Police are searching for a suspect in the armed robbery of the World Food and Petro Mart in Brown Deer on August 15.

One of the suspects has been identified as Shaun Woods or Nealshaun Woods.

After obtaining an unknown amount of currency, both suspects fled the store on foot and then entered a black Chevy Monte Carlo that was parked in the parking lot.

The first suspect is currently in custody and charges are pending at the Milwaukee County District Attorney’s Office.