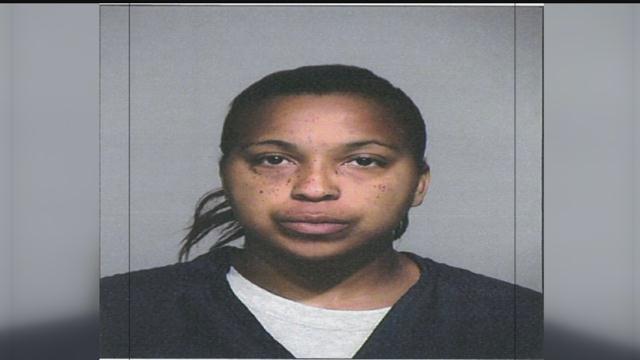 Brown Deer police have identified the woman who they say stole from the Burlington Coat Factory store and caused a dangerous crash.

Brown deer police say it all started when ebony wright stole clothing from the store...But it ended here on north Sherman...In a fiery crash that could have been deadly.

"Easily could have been a fatality and then she would have been facing vehicular homicide for something as little as stealing clothing," said Sgt. Luke Kuehne with Brown Deer police.

He says on September 17th, this Milwaukee woman, 32 year old Ebony Channel Wright, tried to steal clothes from the Burlington Coat Factory on Green Bay Road but it didn't go as planned.

"The suspect presumably heard our sirens coming to the call so she left all the property there, including her own purse with ID in it so she fled," said Kuehne.

Wright led officers on a high-speed chase, running a red light at Sherman & Bradley. You can see her speed down Sherman in this surveillance video, what you don't see is her crashing into another car, but you can see the flames from it.

"He spun around and hit a sign and I believe she hit the gas tank so his car lit up. He was unconscious and some people in the area woke him up and got him out of the vehicle and miraculously no one was hurt or killed," said Kuehne.

Police say Wright kept on driving until she ditched her car and hitched a new ride.

"She flagged down another motorist and made up a story about how she had just been beaten up by a boyfriend and so that motorist felt bad and took her home," he said.

Police say Wright may be in Illinois, where she's from and where she has outstanding warrants for her arrest.

Besides a slew of traffic violations from the chase, Wright now faces two felony charges and a misdemeanor charge here in Wisconsin.