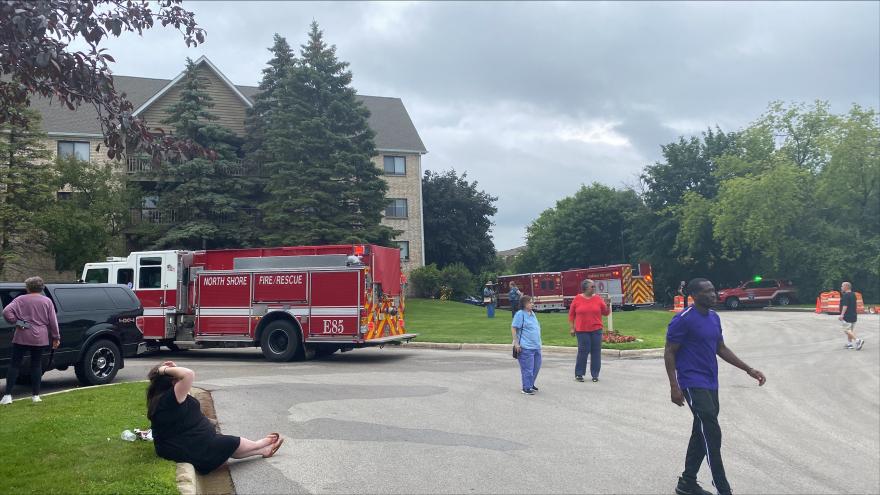 The call came in around 1:35 p.m. from the NorthPointe apartments on Green Bay Road.

Officials say they initially were responding to an automatic fire alarm. When crews arrived on scene, they were met with smoke coming from the boiler room.

Crews say they quickly determined the smoke was not fire in nature, but chemical. This was determined after performing atmospheric monitoring, which found readings in the lower explosive limits.

Emergency crews are still working to determine the chemical.

"They are doing the recon with the hazmat team to try and identify that chemical and then that will give us more information on where we go from here."

Officials have just confirmed everyone has been let back in the building, but still no word on what caused the chemical leak.