British Police Officer tackled London terrorists with only a baton 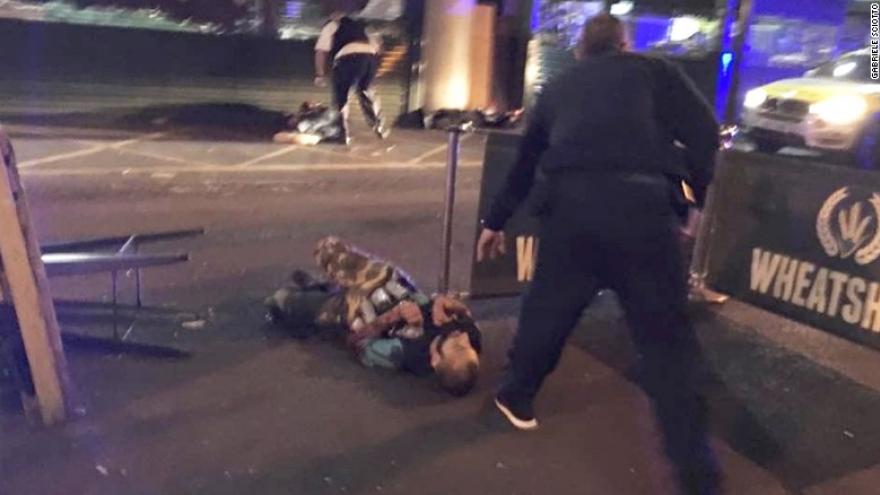 (CNN) A British Transport Police officer who was seriously injured in the terror attack at London Bridge has been hailed for his "outstanding" bravery.

Armed only with just a baton, the unnamed officer tackled the attackers and suffered injuries to his head, face and leg.

Assailants struck the heart of London on Saturday night. The attackers drove a van into pedestrians on London Bridge before leaping out and launching a stabbing spree at nearby Borough Market.

Seven people were killed and another 48 wounded in Saturday's attack, which unfolded in eight minutes. The three attackers were shot dead by police.

BTP Chief Constable Paul Crowther said he had visited the officer in hospital and heard his first-hand account of the attack.

"Although he is seriously unwell, he was able to recount how he faced the attackers armed only with his baton, outside London Bridge station," Crowther said in a statement.

"It became clear that he showed enormous courage in the face of danger, as did many others who were at the scene and rushed to help."

"For an officer who only joined us less than two years ago, the bravery he showed was outstanding and makes me extremely proud."

The BTP officer, who has not been named, is now said to be in stable condition.