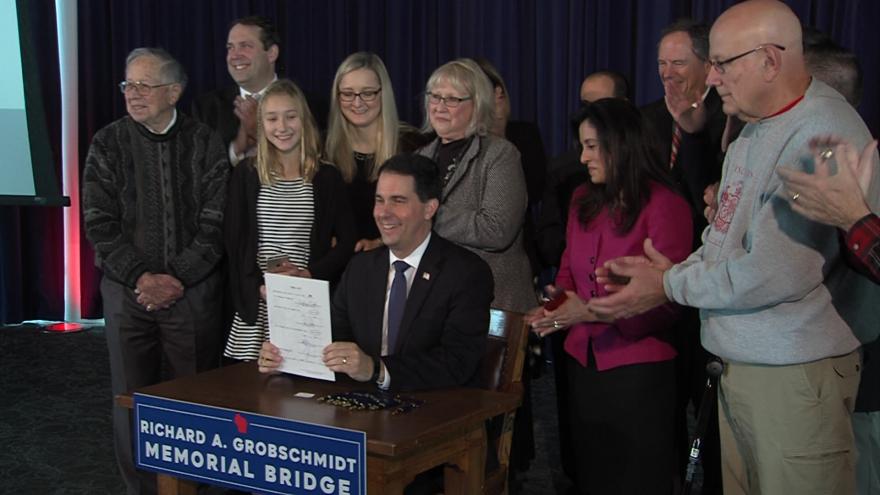 Governor Scott Walker was in town to sign a law designating the span as the Richard Grobschmidt Memorial Bridge. Grobschmidt, who died last year, served in the state legislature along with Scott Walker. He was a Democrat, but Walker says he worked well with others across the aisle.

"This bridge is a perfectly fitting tribute because he was a bridge maker, not literally but figuratively in terms of whether it was the south side up to east side here in Milwaukee, whether it was working with Republicans or Democrats,” says Gov. Scott Walker (R) Wisconsin.

The Grobschmidt bridge is located on the East end of the Hank Aaron Trail at Lakeshore State Park across from the Summefest Grounds.