Bride Given Away by Man who Received Dad's Heart after Murder 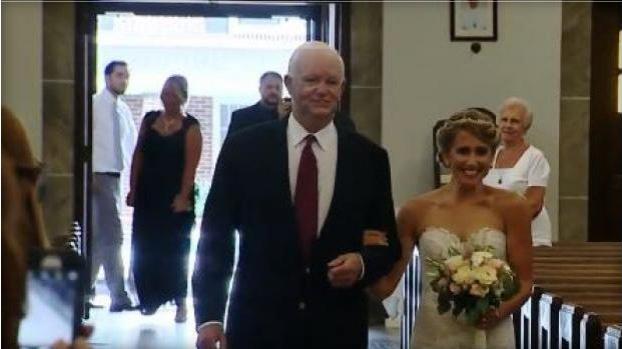 (CBSNews) PITTSBURGH -- "It has been the best day of my life," a Pennsylvania bride said of her wedding day.

Jeni Stepien is now officially a married woman, and she told CBS Pittsburgh the day wouldn't have been possible without Arthur Thomas.

"You can never imagine what that would be like unless you actually do it because so many emotions involved in what you're doing," Thomas said.

Arthur, fondly known as 'Tom,' traveled from New Jersey to walk Jeni down the aisle at St. Anselm church in Swissvale, since her father couldn't be there.

"I was on death's door when he was murdered and I needed a heart or I was going to be dying in the next few days," Thomas said.

Jeni asked Tom if he would do the honors in a letter.

"I was just so thankful that my dad could be here with us today in spirit and a piece of his physical being as well. That was really special for us," she said.

Jeni's groom was also moved by the gesture.

"I was just overtaken with emotions when I finally saw her walking down. The most beautiful woman in the world that I've ever seen before," Paul Maenner said.

"What a greater honor could a person have than walking the daughter of the man who's given his heart to him. I can't imagine a greater honor," Thomas said.