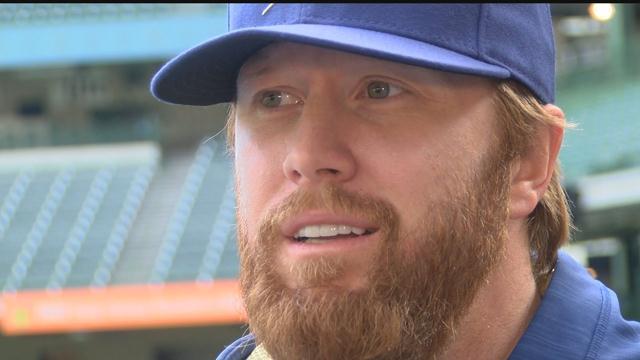 It's not your typical off-season trip for a professional athlete; risking your life to help free underage sex slaves.

Along with former big-leaguer Adam LaRoche, Boyer took a 10-day, undercover mission to Asia, working with "The Exodus Road" to locate, and rescue sex slaves.

"Getting involved on the front lines was something that peaked our interest, so we were able to get out there and see the problem first hand."

To protect the mission, Boyer couldn't discuss specifics, but believes he and LaRoche were successful in rescuing a handful of victims.

He calls the trip a "life-changing experience", and says his status as a professional athlete never once deterred him from taking the trip.

"The fact that people think just because we're ball players that that means we can't actually physically go do something, we need to go ahead and break that barrier now." ?

Boyer says the heartbreaking things he uncovered made it difficult to return home.

"It's just a terrible feeling to know what's going on nightly, what's going on with a lot of these children. To come back and play a game, there's just something that's not right with that situation."

It's a problem that exists not just overseas, but right here in Milwaukee. Boyer says he plans on traveling across the country, and across the world, to continue his fight against the issue.

You can learn more about The Exodus Road by clicking here.