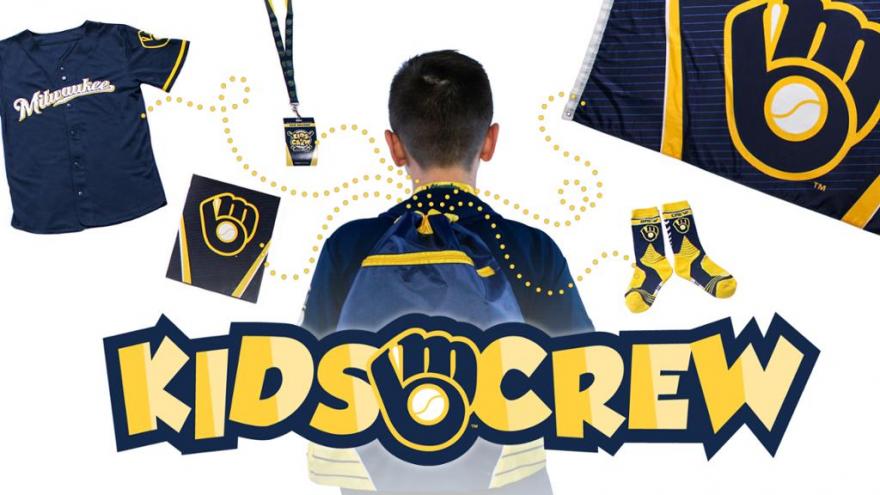 MILWAUKEE (CBS 58) – The Brewers are offering membership into the Kids Crew. As the official Kids Club of the Brewers, Kids Crew memberships include a variety of exclusive perks and benefits. Fans have to be 14-years-old or younger to become a member.

Members will also have access to exclusive Kids Crew events including front-of-the-line passes for Kids Run the Bases following one of this season’s 13 Sunday home games, a chance to party with Brewers mascots and play games at Helfaer Field while attending one of this season’s three mascot parties, a Kids Crew Parade where members take a lap around the Miller Park warning track prior to the Brewers vs. Giants game on Sunday, September 9 and a unique opportunity to enter the ballpark 30 minutes early to watch Brewers batting practice on one of five select dates.

In addition, Kids Crew members will receive special perks such as free access to Brewers On Deck, a free Miller Park tour and discounts to the Brewers Baseball Academy, the Brewers Team Store and the Miller Park Kids Café.