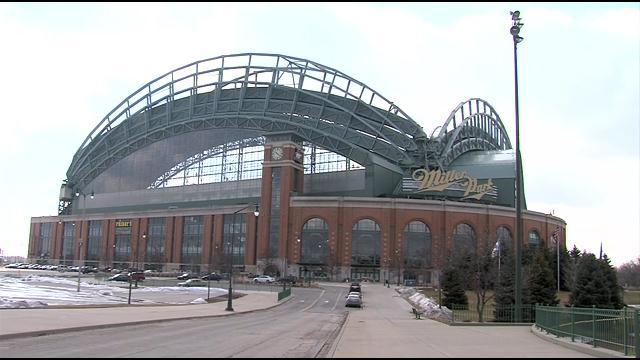 On Saturday, May 14, the Brewers will welcome one of the music industry’s hottest stars to Miller Park as multi-Platinum pop artist Andy Grammer will perform a full-length, free postgame concert, courtesy of Pick ‘n Save, following the Crew’s matchup with the San Diego Padres. The show is FREE to all fans with a valid ticket for that night’s contest and will begin approximately 30 minutes after the conclusion of the game.

For $89, fans can purchase a special VIP Ticket Package that includes a Club Outfield Box seat for the game and a Field Pass for the postgame concert. An extremely limited number of on-field passes have also just been made available for purchase for $45. On-field passes will grant fans access to enjoy the Postgame Concert from the Miller Park infield. Field Passes do not include a game ticket, and a game ticket must be purchased separately in order to enter Miller Park.

From hustling street performer to Platinum-selling recording artist, Andy Grammer’s ascent to stardom has been nothing short of remarkable. The 32-year-old singer/songwriter has gone from relative unknown to industry icon performing alongside Taylor Swift, Train and Colbie Caillat in just a few years’ time. With his 2011 self-titled debut album, Grammer became the first male pop star in a decade to reach the Top 10 at Adult Pop Radio on his first two singles, “Keep Your Head Up” and “Fine By Me,” certified Platinum and Gold respectively.  Grammer would reach even greater heights with the release of his second album, Magazines or Novels, which featured the #1 smash-hit, “Honey, I’m Good.” One of the best-selling songs of 2015, “Honey I’m Good” achieved Triple-Platinum status and soared into the Top 10 on the Billboard Hot 100.  Grammer would continue his success with the release of his chart-topping song, “Good to be Alive (Hallelujah),” the second single off his deluxe edition of Magazines or Novels.

After a busy 2015 that included joining the cast of Dancing with the Stars as well as live performances on Good Morning America, the Macy’s Thanksgiving Day Parade and Game 1 of the World Series, Grammer is looking forward to continuing his emergence as one of the music industry’s hottest stars with an even bigger 2016.