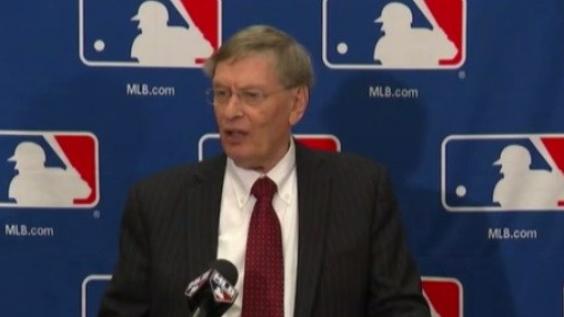 Bud Selig already has a permanent home here outside miller park in the form of a statue, and now his name will live on forever in baseball history.

The 82 year old spoke at a press conference on Monday morning, where he was presented a hall of fame jersey along side baseball executive John Schuerholz.

Both were voted into the National Baseball Hall of Fame by 'The Today's Game Committee over the weekend.

In 1970, Selig bought the Seattle Pilots and moved them to his hometown of Milwaukee and renamed the team the Brewers.

Following his tenure with the Brewers, Selig served 22 years as commissioner of Major League Baseball, the second longest person to hold that position.

As commissioner, he implemented important changes throughout the game. He also expanded the sport from 26 to 30 teams.

Selig became the fifth of 10 commissioners to reach the hall, something he says he is truly grateful for.

"When I left the commissioner-ship, and given back to bringing baseball back to Milwaukee, and all of the things that had happened, I didn't think anything could eclipse that. Well last night did, today has, and I'm sure the rest of my existence will be," Selig said.

"This is is an absolutely magnificent moment in one's life."