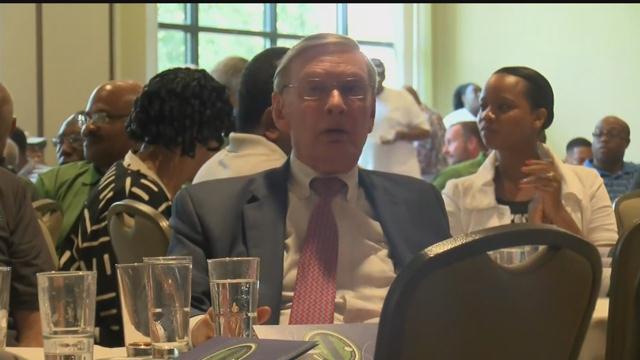 Allan H. (Bud) Selig, founder of the Milwaukee Brewers and longtime Commissioner of Major League Baseball, was elected Sunday in balloting for the National Baseball Hall of Fame.

Selig was one of 10 nominees on the “Today's Game Era” ballot, with voting completed by a 16-member committee. Candidates named on at least 75% of the ballots earned election.

“On behalf of everyone at the Milwaukee Brewers, I congratulate Commissioner Emeritus Selig on his election to the Hall of Fame, the highest honor in our sport,” said Brewers Owner Mark Attanasio. “The Commissioner’s contributions to baseball are monumental: leading MLB in its continuing role as one of America’s most influential social institutions on diversity and inclusiveness; forging labor peace with the players’ union, which now will extend for more than 26 years with the agreement signed last week, and by overseeing unparalleled levels of competitiveness on the field.  These achievements also significantly contributed to the vibrant economic health that Major League Baseball enjoys today. His determination and passion for our community and the game brought baseball back to Milwaukee in 1970 with the Brewers and later led to the building of Miller Park. The Commissioner remains one of the game’s most revered advocates, and we are all proud to celebrate with him on this very special day.”

The Today's Game Era provides consideration to managers, umpires and executives as well as players no longer on the Baseball Writers Association of America (BBWAA) ballot.

Selig’s dedication to baseball has paralleled his love of his hometown of Milwaukee. His first significant move as an executive was to return Major League Baseball to Milwaukee in 1970, when he founded the Milwaukee Brewers. In its first decade, the Brewers featured some of the great teams of that era, which eventually led to an American League pennant and World Series appearance in 1982.

During his tenure as Brewers owner, Selig earned United Press International’s 1978 Executive of the Year award, and the franchise was honored with seven “Organization of the Year” awards.

In the 1990s, Selig began his efforts to build a new ballpark in Milwaukee to replace the aging County Stadium, and Miller Park opened for its first season of play in 2001. His efforts were recognized by the team with the unveiling of a permanent statue (2010), a uniform retirement (2015; #1 for being the “First Fan”), and the creation of the “Selig Experience,” a multi-media interactive theater attraction at Miller Park (2015).

Following his tenure with the Brewers, Selig served 22 years as Commissioner of Major League Baseball. As Commissioner, he implemented important changes throughout the game. He made popular structural changes, including the Wild Card, the three-division format, and Interleague Play. He put in place the toughest drug-testing program in American professional sports. He also profoundly affected baseball's economic landscape by instituting meaningful revenue sharing among the clubs as well as successful ventures, such as MLB Advanced Media, MLB Network, and the World Baseball Classic.