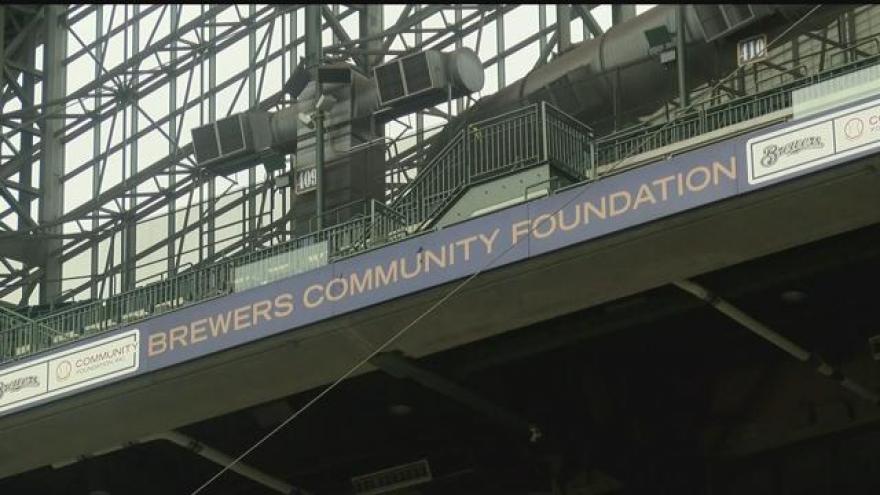 MILWAUKEE (CBS 58) – Brewers Community Foundation announced that over $3.7 million was raised by the charitable arm in 2017 through numerous events and fundraising initiatives.

Brewers Community Foundation harnesses the pride, passion and commitment of Brewers fans, players and other supporters to positively impact the lives of children and their families in Greater Milwaukee and Wisconsin. Over the past eight years, BCF has generated more than $27 million to support local nonprofits in the areas of health, education, recreation and basic needs.

Every player on the team’s 2017 roster, along with investors, Brewers Wives, fans, sponsors, members of the front office and other supporters, contributed to the charitable arm of the Milwaukee Brewers through financial contributions and involvement in events.

“Brewers Community Foundation’s intent is to be a part of the fabric of this community,” said BCF Executive Director Cecelia Gore. “We recognize that our active involvement creates opportunities for leverage and impact. I am personally thrilled with all that we have been able to achieve through partnership with others.”

BCF helps fundraise with various initiatives throughout the year, including the 50/50 Game Day Raffle, BCF Week, An Evening With Hank Aaron, the Brewers Mini-Marathon presented by Sendik’s, 5K Famous Racing Sausages Run/Walk, Hitting for the Cycle Bike Ride, Drive for Charity and the Leadership Council.

In addition to raising money, BCF is involved in numerous community outreach efforts. In 2017, BCF and the Brewers teamed up for a Bicycle Build, where players and front office staff partnered with kids to build and donate 100 bikes. In addition, players and staff joined the Foundation in staging a Habitat for Humanity build which provided several new homes to local families. BCF and the Brewers also supported local Little Leagues including Beckum Stapleton Little League and the Felix Mantilla Little League.

In the final three homestands of the season, the Brewers raised over $150,000 for the Red Cross to support disaster recovery efforts.

In addition, BCF provided over 20 Wisconsin based students with scholarships toward higher education.