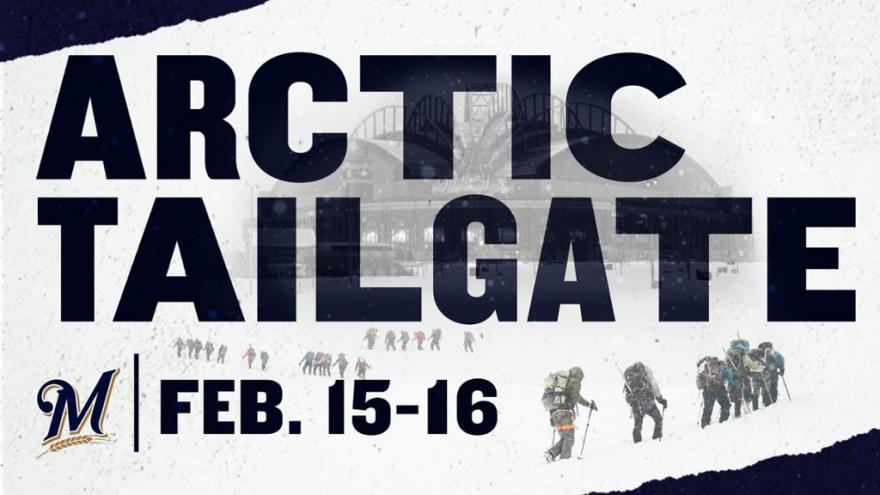 MILWAUKEE (CBS 58) – Can you image tailgating for a Brewers game in the record-breaking cold we've been feeling? It could happen if the cold returns in February for the Brewers Arctic Tailgate which has been set for Saturday, February 16.

The tailgate is fans first opportunity to buy single-game tickets for the 2019 regular season. Tickets will be available for purchase at the Miller Park Box Office, online or by calling 414-902-4000 starting at 9 a.m. on February 16.

For fans wishing to tailgate the part starts on Friday, February 15 with parking lots opening at noon. There will be live music, appearances and by Brewers alumni and mascots.

The tailgate party will also feature various competitions and chances for fans to win prizes, including a cornhole tournament as well as a Brewers trivia contest that will give fans the opportunity to take home autographed Brewers merchandise. Free brats, courtesy of Johnsonville, and beverages, courtesy of Pepsi and MillerCoors, will be provided on Friday evening, while free donuts will be supplied by Grebe’s Bakery on Saturday morning.

The first 250 fans who stay overnight will receive an exclusive “I Survived the Arctic Tailgate” T-shirt. The Brewers will not allow fans to camp overnight if the temperature is below 10°.

A limited number of Opening Day tickets will be available on February 16. Each fan can only purchase a maximum of four tickets to Opening Day.