Brewers announce how to get tickets for potential NLCS games 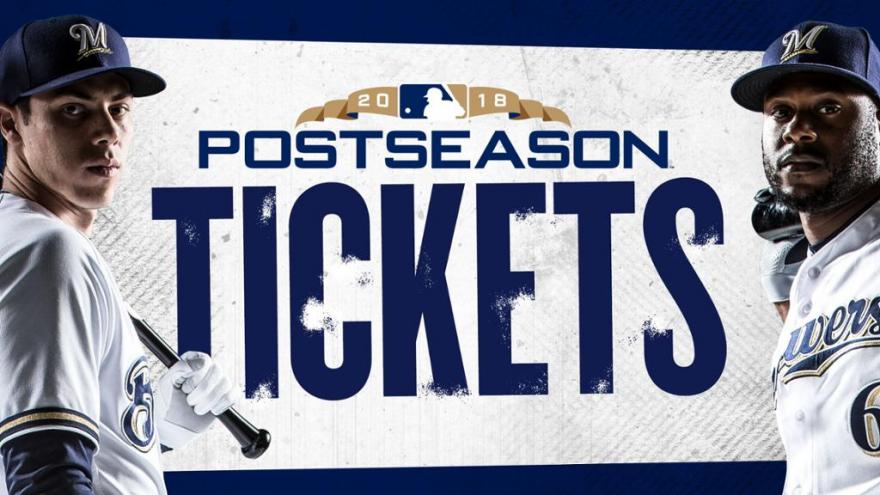 MILWAUKEE (CBS 58) – The Milwaukee Brewers have announced how to buy tickets for a potential National League Championship Series (NLCS) games at Miller Park.

NLCS tickets will be available for purchase online only. All sales will have a limit of four tickets per game, per customer.

Single-game tickets for the National League Championship Series will open to the general public on Tuesday, October 9 beginning at 10 a.m.

Tickets for the general public go on sale on Tuesday, October 9 at 10 a.m.

In the event fans purchase tickets for any postseason game that does not occur, the full value of the purchase (including fees) will be refunded to their credit card within 10 days of the scheduled game.

Details related to the availability of tickets for the World Series will be announced at a later date.

In addition, fans who bought tickets for the potential Wild Card game that did not happen at Miller Park will have their tickets refunded on October 10. It may take up to three days for the credit to show up on your account.