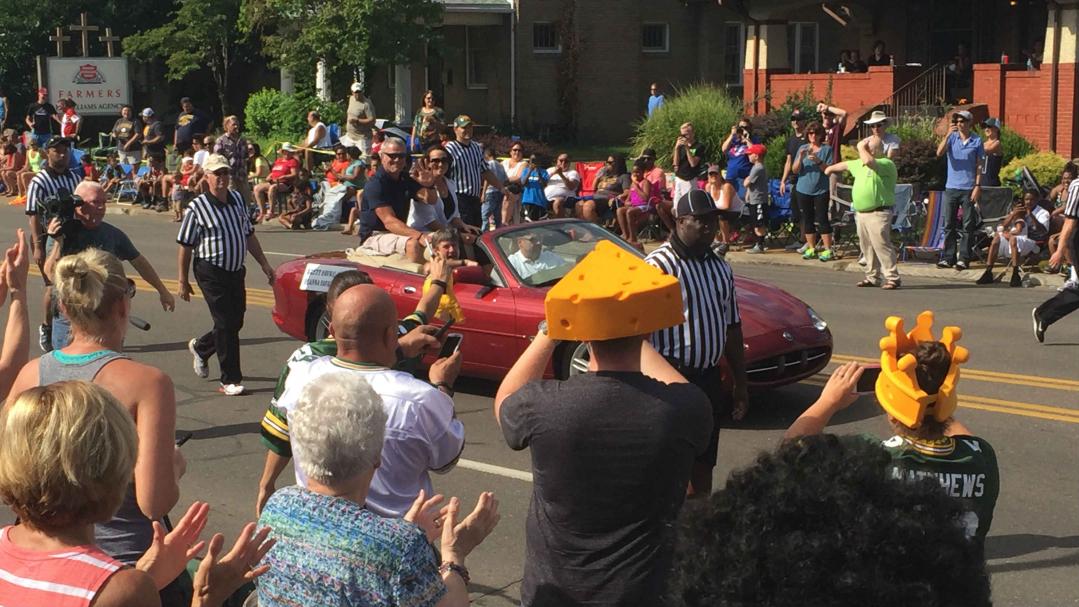 "Hey Mississippi, can you throw a spiral?"

Bonita Favre sat on her front porch on a warm May afternoon, drawling an impression of Jerry Glanville, disdain in her voice. Her son had been drafted by Glanville's high-flying Atlanta Falcons in 1991, but Brett Favre spent his first NFL season wasting away on the sidelines. Glanville couldn't even remember his name, and so he became "Mississippi".

Bonita Favre and the rest of Kiln, Mississippi don't speak highly of the 1991 Atlanta Falcons. They were a playoff team - Atlanta even beat division rival New Orleans in a playoff game - but the best player on that team never saw the field.

Al Jones was with us on the front porch of Favre's boyhood home, laughing with Bonita about the dark but brief chapter of her Hall of Fame son's life. They can laugh now, because as Al puts it, "Atlanta didn't want him. Green Bay wanted him."

Packers fans, as you watch Favre go into the Pro Football Hall of Fame tonight, with Bonita and Al Jones in the audience, be thankful for 17 years of Brett Favre in green and gold. Be thankful to Ron Wolf for sticking his neck out and trading a first round pick for a backup quarterback. But don't forget to be thankful for Jerry Glanville, who left the Falcons in 1993 and was last seen coaching at Portland State.