MILWAUKEE (CBS 58) -- Bradford Beach in Milwaukee unveiled new pathways, beach wheelchairs, and mats on Friday, July 24. The renovations make it the most accessible beach in America.

Several local leaders were in attendance to speak Friday.

The accessibility improvements are the result of a five-year initiative -- The Ability Center’s RampUp movement, aimed at making community assets across Milwaukee County more accessible for people with disabilities.

“By ensuring Bradford Beach is accessible to all Milwaukee County residents, we are working towards making our community an equitable place for all,” said County Executive David Crowley. “We know that more than 25 percent of households in Milwaukee County have at least one family member who has a disability. RampUp at Bradford Beach is critical to our effort to ensure that all residents have equal access to our community assets and services.”

Friday's unveiling also comes ahead of the 30th anniversary of the Americans with Disabilities Act.

According to a news release, upgrading Bradford Beach to make it fully accessible has been a complex task. The beach, developed in the early 20th century, was designed when ADA equipment and other modern amenities were not standard components of construction projects.

Friday's unveiling comes ahead of the 30th anniversary of the Americans with Disabilities Act, July 26. 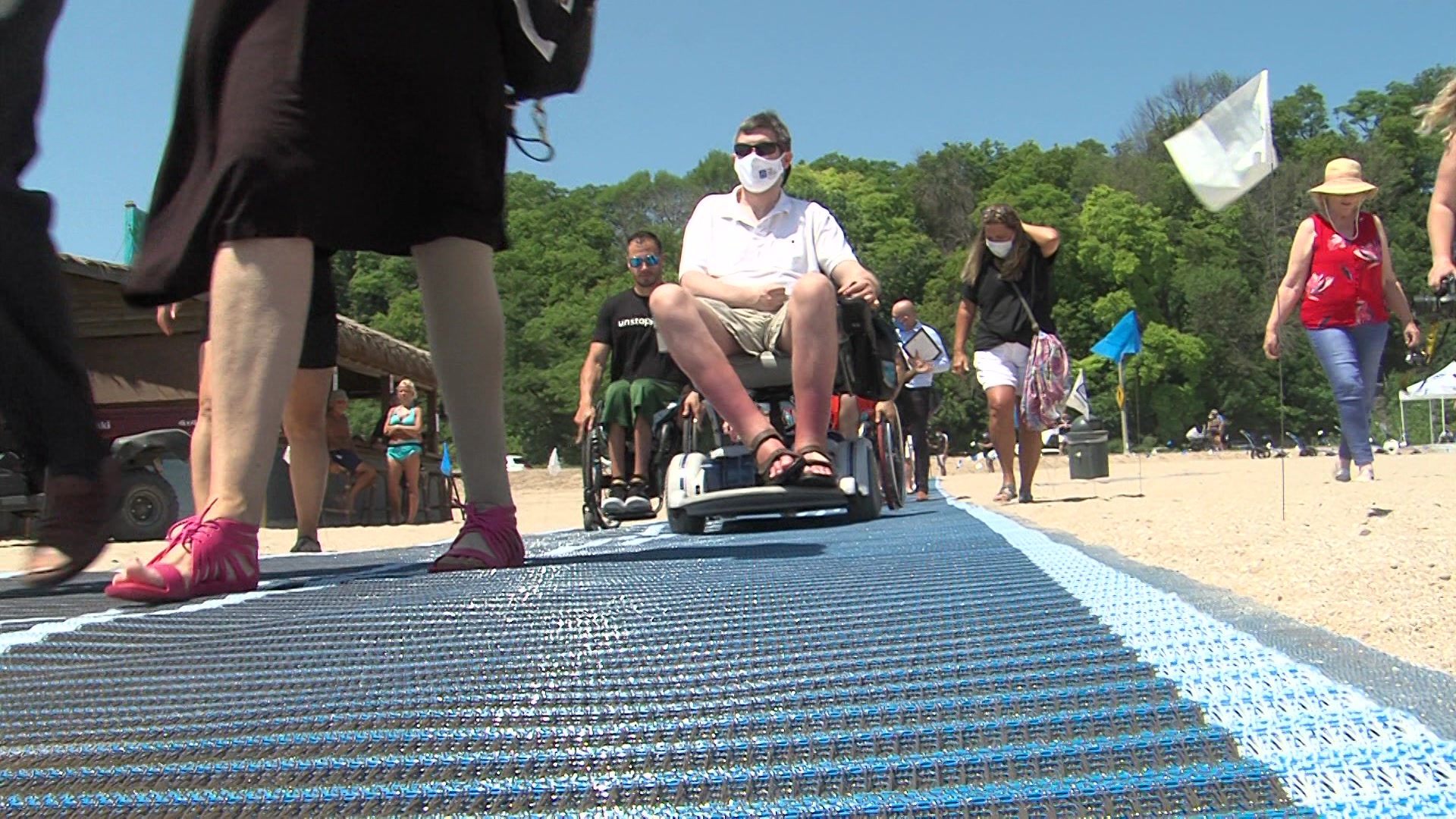