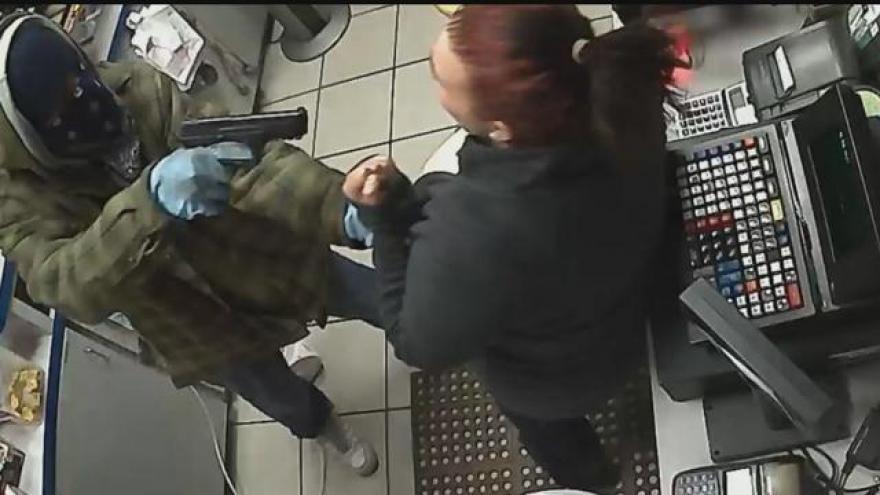 Waukesha Police are looking for two suspects wanted in an armed robbery at a BP Gas Station on the corner of Arcadian and Hartwell Avenues.

Police told him they are checking surveillance videos at a nearby school and businesses, hoping for more evidence.

Security video from the store does show the young lady working behind the counter as one of the two suspects shoves a gun in her face.

The suspects did make off with some cash.

The police say the two suspects both have medium builds and wore gray hooded sweatshirts.

One of them wore a blue bandana and blue gloves.

The other was wearing gray pants and a black jacket.

Anyone with information is asked to call the Waukesha Police Department.